Dikhawa talks about the eight lies that will get you nowhere 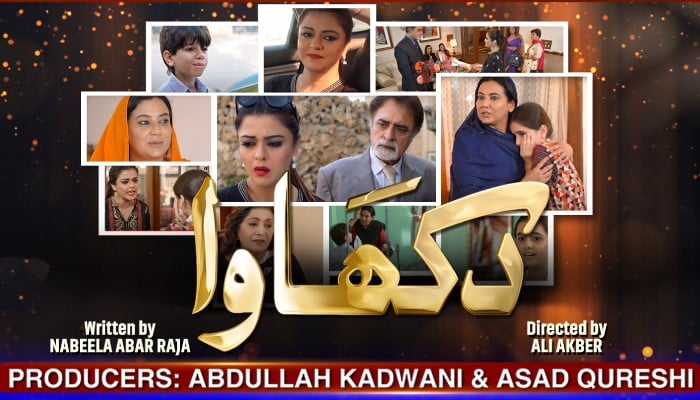 Old habits, die hard. Embarrassment is, however, that one self-conscious emotion that makes us feel exposed, awkward, and regretful of our wrongdoings. Production powerhouse 7th Sky Entertainment has worked on this very emotion in the drama series Dikhawa by shining a light on those who have false standards.

Let’s take a moment to look at the assumptions that encourage people to be pretentious and tell lies that will get them nowhere.

-Fake possessions to make an impression

Lying about fake possessions can put a lot at stake. Not only your social circle will lose respect for you but you might also begin to lack integrity in their eyes.

-Boasting about your relationship on social media

When we drag our relationship out onto social media, we begin to owe an explanation to our followers for no reason. This is not only unnecessary baggage, but a breach of privacy for your partner – and one for which your partner may pay or hold you responsible for eventually.

-Misuse of money given to you for something else

As much as we need to fear the consequences of being irresponsible, the drama series also reminds us to prioritize the trust people put in us with money handling.

-Lies about your profession

A smarter person with a better understanding of one's profession will probably see through someone's pretentious attempts at building themselves up.

-Bragging about your child

Exaggeration and a lack of appreciation, both don’t sit well when one is speaking about their children. It is important not to lie about their character. Only if you are truthful and encouraging will the child realize that they need to put an effort into proving themselves.

-Investing in a lifestyle that you cannot afford

Wealth is built, not spent. This is one thing you will realize when you read about how to be successful. It is better to build wealth by reinvesting your money and spending it to help the needful – rather than flaunting it or using it to live beyond your means.

-Concealing the truth to settle a marital proposal

Most people can read someone's actions and tell whenever they're pretending to be something they're not. Truth be told, almost everyone makes an idea of others by observing their appearance or their surrounding, but this can have disastrous consequences when it comes to major facts about you when finding a life partner. People who wish to be with you in the long run are often able to figure out who you really are and the consequences might be ugly at times.

- Hiding your status from your own family

We’re told that family is the institution that will always vouch for us. But it is important to understand that when we function as a safe haven for each other and aim to lift each other up, the basis for that trust is honesty and truth.

Geo Television puts the spotlight on similar issues showing how a prudent decision carries more durability than ones inspired by greed— whether this greed is for more wealth, a higher status or a false impression about one’s abilities or relationships.

Dikhawa airs every day at 5:30 PM as part of Geo TV’s Ehsaas Ramzan transmission which promotes the idea of empathy.