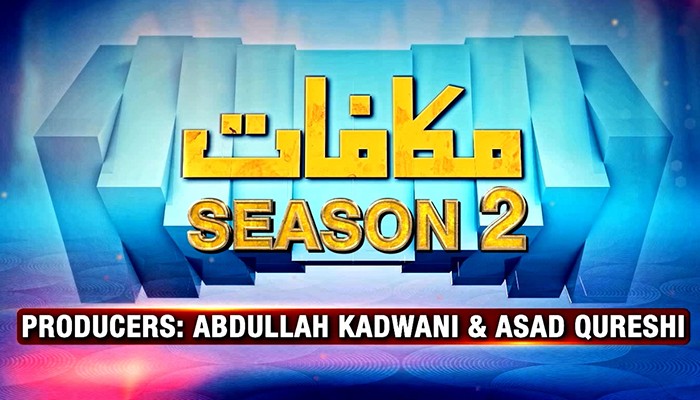 Makafat’s second season follows in the footsteps of the first series, which aired last year and turned out to be a highly-rated drama series.

Geo aims to continue that tradition this Ramzan and hopes that this series will help the viewer think about both huqooq ul abad and huqooq Allah (SWT). With this series, producers Abdullah Kadwani and Asad Qureshi are hoping to shed light on situations that we all face at some point in life and the repercussions of wrong decisions which are based on flawed motivations.

Makafat’s second season is part of Geo’s Ramzan ‘Ehsas Ramzan’ transmission which promotes the idea of ehsaas, empathy, and huqooq-ul-ibaad. Makafat-e-amal is an important tenant of the teachings of Islam, and aims to help us understand ourselves and the society better.

Owing to its sincere message of empathy and the value of reflection and self-correction, the series left an imprint on the minds of the audiences. Geo hopes to continue that tradition this Ramzan and hopes that this series will help the viewer think about both huqooq-ul-abad and huqooq-Allah (SWT).

Makafat will air every day at 7:00 PM during the month of Ramzan.