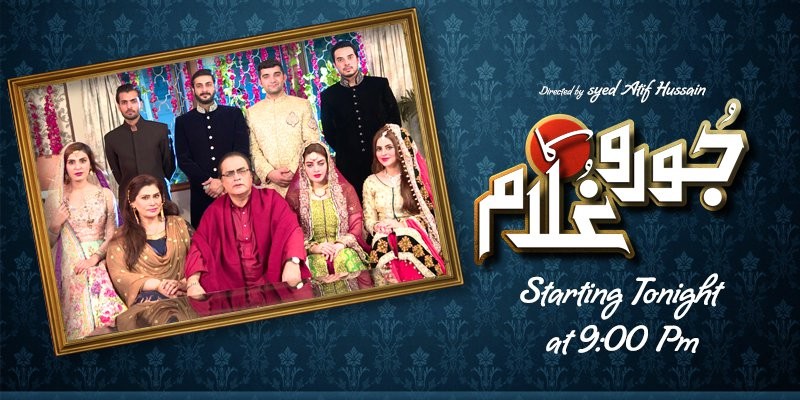 Hello Geo TV viewers! Your favorite entertainment channel brings yet another family oriented drama serial with the title "Joru Ka Ghulam". A Patriarch is considered to be the one responsible for and the instigator of every decision in a conventional society like Pakistan. Geo Entertainment’s newly launched drama serial revolves around a dominating father, Moazam, who controls the dynamics of his household. It’s a surprising matter for all of us that the witty natured Mehmood Aslam is playing the bossy and stone-hearted father’s character. A rare number of fellows are privy to this serious side of his personality. He already appeared as a tyrant feudal lord in one of his early plays in classic era of Urdu drama.

Now let’s talk about the cast of the new launch; Joru Ka Ghulam

The real life couple Kanwar Arsalan and Fatima Effendi is also appearing in a latest offering by Geo Entertainment. Peeps! Do you think you could ever see Kanwar Arsalan as a Joru Ka Ghulam? *Wink Wink*

Ghazala Butt who also appeared as the nemesis for Mehmood Aslam in "sitara Jahan Ki Betyaan" is now playing the role of his wife, talk about taking a different approach.

Famous playwright and novelist Seema Ghazal penned down Social issue based drama serial and that is sure to touch a few heart strings here and there..

This most awaited play will hit your screens tonight at 9:00 PM. Don’t forget to watch Geo TV  and be amazed by the beautiful, heart wrenching and larger than life portrayal of this social anathema in the form of "Joru Ka Ghulam"