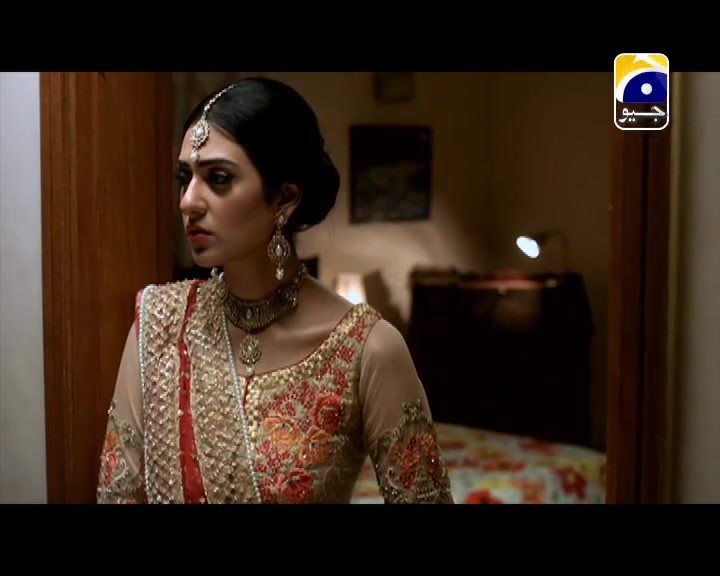 Dekho Chand Aaya is a story of college love, where Hassan who comes from an affluent family deeply falls in love with Chand. Chand, on the other hand, likes Hassan but she is indifferent about the relationship. The protagonists are about to get married after Eid, but Chand’s father gets a heart attack, consequently he demands to get her daughter married as soon as possible.
Samia, Hassan’s sister-in-law, is facing a tough time in the family because she belongs to a middle class. She wants Chand to enter the house so that the entire focus moves on her, since she belongs to a lower income bracket. Samia convinces the family to set another date, but Chand’s family finds out that Hassan has been a failure in studies. This comes as a shock to Chand; consequently she confronts and humiliates Hassan that she has been cheated. Hassan calls off the marriage, but Samia convinces him to marry so that he can take revenge from Chand.
The main objective of Samia is to bring Chand so that she is no more competed with Sonia; Hassan’s another sister-in-law who is financially sound. Chand gets married to Hassan and the new step leads to a suppressed life, but she gradually emerges as a strong woman.
Directed by: Najaf Bilgrami
Written by: Farida Masroor
Producer: Aijaz Aslam
Cast:Sajid Hassan, Nida Mumtaz, Sara Khan, Ayesha Toor, Maham Nizami, Fawad Jalal, Tahir Kazmi, Naveed Raza, HumairaBanoo, Khalid Anam, Sumbul Shahid, Faria Hassan, Hassan Ahmed, Hammad, Maria
Guest Appearance:Manzoor Qureshi, Bina Chudhry