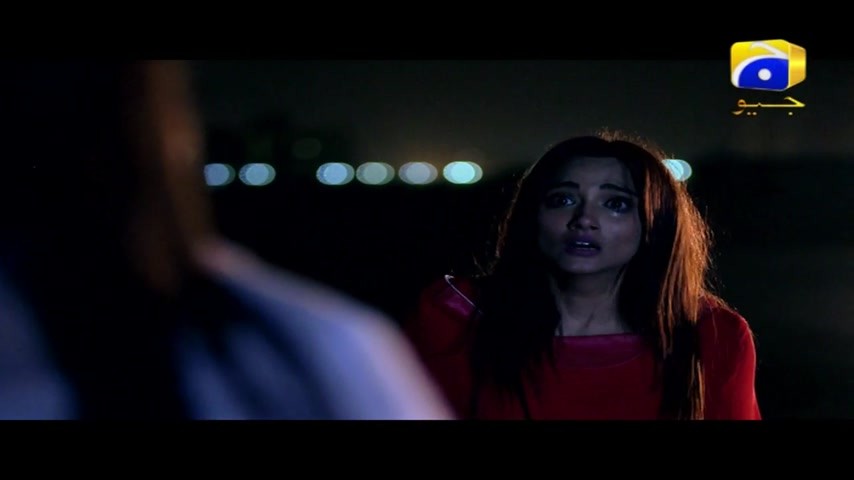 Saaya Episode 69-70 Promo | HAR PAL GEOrnrnThe story of Saaya revolves around Sauleha who lives with her husband Rashid and two daughters. Sauleha is in her last trimester and she has immense pressure by the mother-in-law to give birth to a son, otherwise she will be thrown out of the house with her daughters who are considered to be a burden. Despite being a support, Rashid is unable to take a strong step against her mother Ateeqa for being a source of tension in the family.rnrnSauleha delivers a baby boy, but the newborn gets exchanged in the hospital by Qayyum, who is desperate to have a son. Ateeqa does not accept the baby girl and in order to get away from her presence, she does black magic. The magic disturbs the mind of Sauleha, consequently her death is perceived as a suicide.rnrnSauleha’s death badly perturbs Rashid and his daughters. After consistent pressure, Rashid forcefully marries Saba but he doesn’t accept her as a wife which makes Saba negative. Saba acts like a typical step mother and behaves savagely with the in-laws. Hatred from both the sides creates immense family drama in the lives of Saba, Rashid and rest of the family members.rnrnThe family starts facing paranormal activities which creates havoc. Shams, enters as an exorcist who saves them from the invisible presence to an extent. The invisible presence kills a number of people and brings the breathing ones to a state; where they see nothing but their own graves. On the other hand, there are a series of horror incidents in Qayyum House which makes them difficult to breath.rnrnHorror, suspense, mystery, murder and domestic issues are the key attributes of the story which is led by the invisible presence. Who is the unseen presence? What is the mystery behind the series of horror events? How karma would set an example that it has no menu, it serves what people deserve!!rnWritten by: Wajiha Saher | Directed by: Syed Mohammad Khurram | Produced by: Babar JavedrnCast with respective character names:rnFamily-1rnHamid Sb – Saleem Iqbal (father)rnAtiqa – Sumbul Shahid (mother)rnRashid – Sohail Sameer (1st son)rnSauleha – Maham Amir (Rashid’s 1st wife)rnSaba – Kiran Tabeer (Rashid’s 2nd wife)rnSajid – Faizan Sheikh (2nd son)rnGhana – Sana Pervaiz (Sajid’s wife)rnGuriya – Bakhtawar (Rashid/Sauleha’s 1st daughter)rnPinky – Khushi (Rashid/Sauleha’s 2nd Daughter)rnShafaq – Anabia (Rashid/Sauleha’s 3rd daughterrnbut actually this is Qayum/Raheela’s daughter who the nurse swapped with Rashid’s son!)rnNajma – Aroona (maid of the family)rnSadia – Uzma Waseem Sheikh (children’s caretaker)rnFamily-2rnShela – Hajra Khan (Hamid’s daughter)rnWaseem – Zulfikar Ali (Shela’s husband)rnAhson – Sameer (Shela/Waseem’s son)rnRifat – Salma Qadir Bano (Waseem’s mother)rnFamily-3rnQayum – Wahaj Ahmad (husband)rnRaheela – Mizna Waqas (wife)rnLaraib – Sania Zehra (1st daughter)rnManahil – Hoorain (2nd daughter)rnSidra – Alizay (3rd daughter)rnAkbar – Akbar (4th son who is actually Rashid/Sauleha’s son who the nurse swapped with their daughter!)rnFamily-4rnShams – Saleem Mairaj (spiritual scholar)rnWife – HoorainrnNauker – Anis AlamrnFamily-5rnRafiqa – Falak Naz (Saba’s mother)rnIshaq – Usman Patel (Saba’s brother)rnrn#Saayarn#harpalgeorn#Entertainmentrn#Dramarn#Episodern#HD 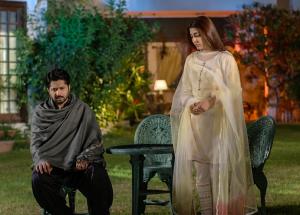 Is Wali on the brink of losing Anabiya?

Badzaat’s audience was close to seeing Anabiya finally find her voice after much exploitation...