The Jewellery used in Mor Mahal 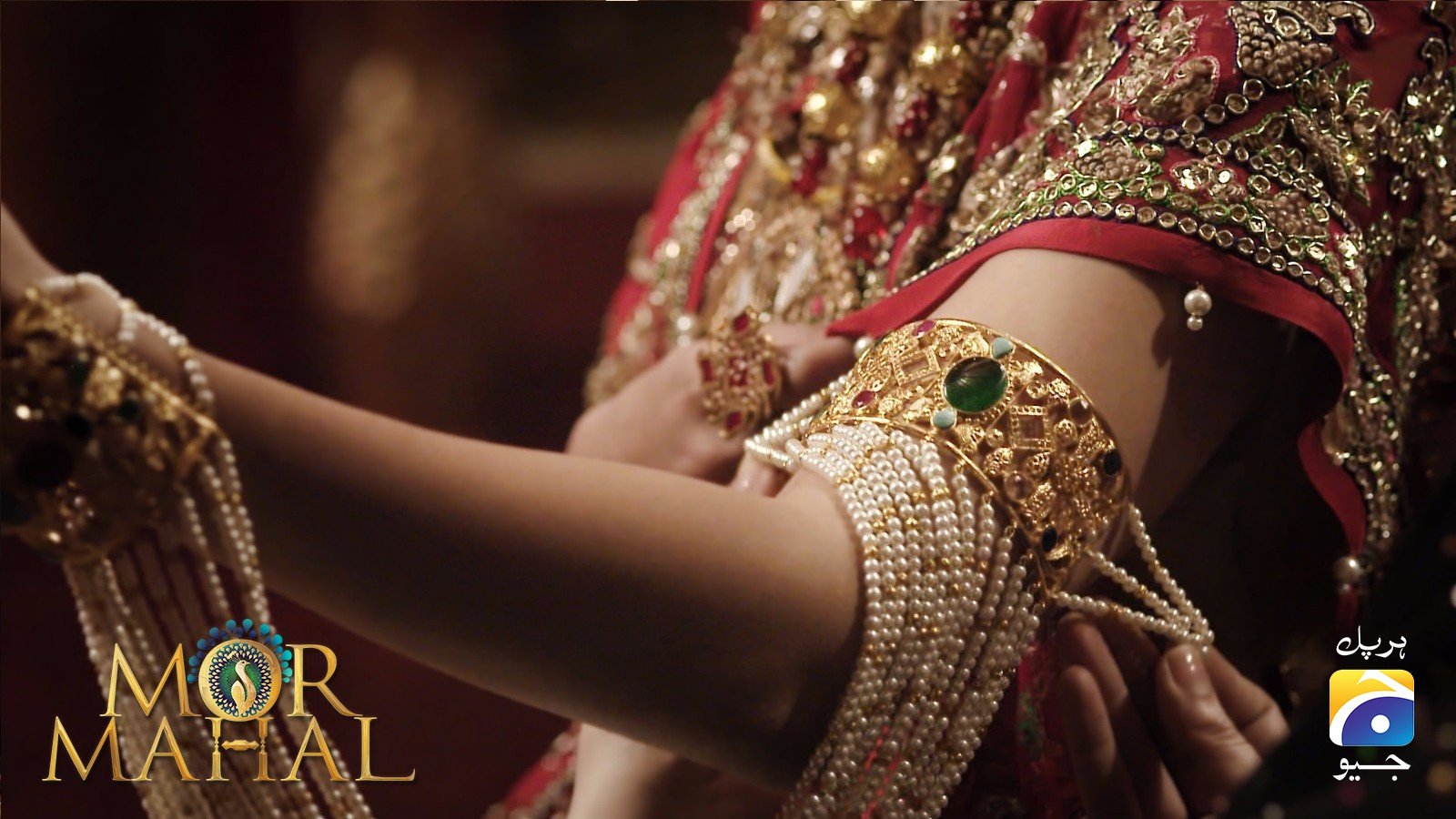 Mor Mahal, the most talked about show of decades to come,produced by Babar Javed, based on the concept of Imran Aslam articulately put together and written by Sarmad Sehbai, brought to life by the direction of Sarmad Khoosat, If it’s one thing the makers of this drama have prided the most about is the synchrony of all the elements of this show.

Everything, from the art direction to the story line and actors of this drama, is fit to complement the other. Rooted around 200 years back, depicting the story of the Nawab Asif Jahan of the fictional state of Jahanabad, Mor Mahal, the palace and the harem harboring various women of his entourage.

The most mesmerizing feature of the show is its aesthetics and art direction, this show depicts a rare fusion of the Mughal, Egyptian, Greek and Turkish cultures. Every character was introduced as beautifully as if they were a part of the art itself. A lot of effort was put into the costumes and jewelry are made to depict the royal era and the unusual time.

The designer behind such beautifully crafted and opulent statement pieces is Zaheen Kamran Fine Jewelry. Priding in creating jewelry is handcrafted with flawless craftsmanship and woven together with the finest materials. Many of their statement pieces are made with Sterling Silver plated with 24K Gold or Rhodium, set with semi-precious stones and pearls to create a look that is ethnic, traditional and contemporary at the same time.

Such beautiful is the craftsmanship that from the elaborate broaches to the statement necklaces for the Nawab and the entirety of his harem were designed by them.

Watch Geo TV every Sunday 8pm and laude at the marvel that is MorMahal and revel in the beauty of each intricate detail! 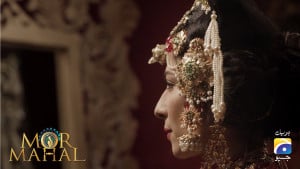 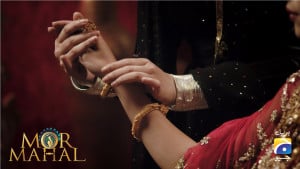 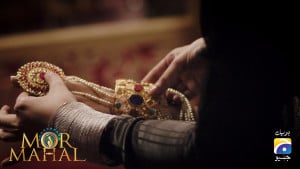