Will Anji’s wedding make her a better person or even worse? In episode 13 , Anji is seen playing two games synchronously. On one hand she has accepted the proposal of an eligible bachelor to secure her own future and on the other; she is blackmailing Anji to turn against her family, to seek revenge from Kamran. 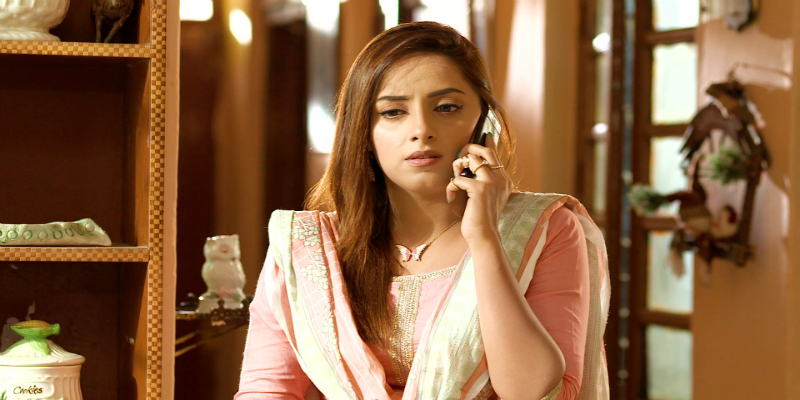 The fact that Kamran almost fell for Anji while he was committed to Erum has already bruised her Erum’s and created distances between the couple. Anji is now married off to Aftaab but her burning desire for destroying Kamran and his relationship hasn’t ended. The fact that her husband is not as rich as she was told has, further fueled her insecurities. People like Anji ,who want bad for others, only get worse as they move through a bitter course of life. They focus on making the life of others hell instead of resolving their own issues.

Anji is doing exactly that. Instead of focusing on her new relationship and life ahead with Aftaab, she has now started calling Shafaq to drill in more negative thoughts in her mind about her bhaabhi.

Will Aftaab’s love bring a positive change in Anji? Will Anji stay horrible and make life worse for Shafaq’s family?  To catch up on Anji’s next move, watch the fresh and crisp episode of Ghar Titli Ka Par tonight 8 pm!