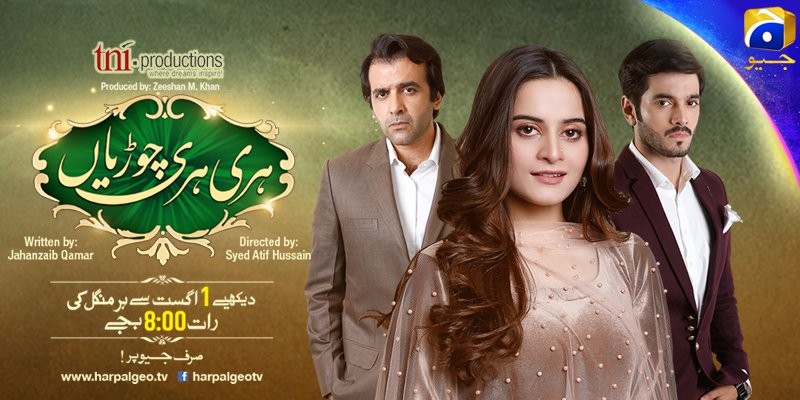 Last week, Hari Hari Churiyan Press and Bloggers meet up was held in a local hotel which was attended by star cast, producer, director and number of famous media personalities.

While talking to Geo TV’s social media team, the director of the play Syed Atif Hussain has said:

"It is a true story, a reality based drama in which audience will witness charactersand it is slightly different from typical dramas on-air these days".

Aiman Khan has expressed her character in these words:

"Hari Hari Churiyan is so close to my heart and I personally believe so many girls will relate themselves with my character in this play".

"Don’t forget to watch Hari Hari Churiyan, we have made it with lots of efforts for our audiences".

Drama serial "Hari Hari Churiyan" has been shot in a beautiful locations of Nathia Gali and its OST is sung by none other than Rahat Fateh Ali Khan. The theme song has already captured audience attention on social media and people are sharing the soulful song in great numbers. It is a TNI Productions’ presentation and written by Jahanzeb Qamar.

1st August at 8:00 PM only on Geo Television