UNCERTAINITY IN THE LIFE OF ROSHNI PUSHES HER IN DARK! 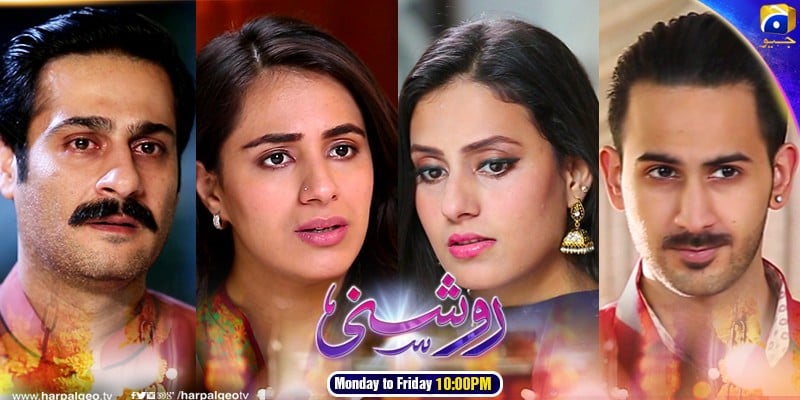 The previous episode of last week which aired on Friday was rather emotional from its beginning to the very last second of the episode. The first episode starts with Zunaira sharing her feelings with Raheel. She tried to vent out to him as she tells him that she feels scared that they would be separated, but Raheel consoles her by telling her that the issues between Hassaam and Roshni would be resolved soon and that she shouldn’t worry. Zunaira seems very defensive. ‘’Roshni ki koi ghalti nahi hai’’.

Raheel does not seem as concerned as she is. But Zunaira seemed to be in tears, she still believes that her parents are not her real parents. And she can’t dismiss the thoughts of not knowing where her real parents are, or who they are, rather.

Meanwhile, in the next scene, Roshni overhears Amaan constantly calling a woman ‘meri jaan’ and conversing about some videos she is asking him to delete while he gives the assurances of having deleted those videos. But she lashes out and threatens him to delete them as she figures he is a blatant liar, to which he responds in an uglier manner. ‘’Meri aik call par, tumhari videos viral ho jayengi’’. Roshni is overhearing the entire argument till she walks to the table herself where the two are seated. However, ruthless Amaan isn’t too affected by the fact that Roshni has heard everything.

However, the most entertaining scenes were the ones with Kiran and the mother in law and their pretentiously affectionate relationship. The fake display of love is nothing but gripping and lightens the mood of the drama which I thoroughly enjoyed.

The finale, was definitely the highlight of the episode. Roshni’s beloved parents are bleeding in pain and disapproving of the misfortunate circumstances, the thought of being separated with their Roshni is also being reinforced. ‘’bhool gaya tha ke beti ko aik din ruksat ho kar apnay ghar jana hai’’. This particular dialogue triggered some hardcore emotions. Azra begum is in disagreement with Jalil, she blames him for taking the wrong decisions in life without consulting her or taking her perspective into account. She is expressing her love for him, while reminding him that she has never been valued and he is to blame, because he first spoilt his daughter, then took the wrong decision for her and after it took a wrong decision once again in attempts concealing the mistakes of his other daughter. At that moment, found her to be a real victim but felt extremely sorry for Jalil. The poor man seemed to be in an utterly shattered state. The couple wallows in their misery, while they cry. And it was a beautiful scene to watch. Not to mention, very relatable.

Don’t forget to watch the next episode of ROSHNI from Monday to Friday 10:00 pm to know what happens next!