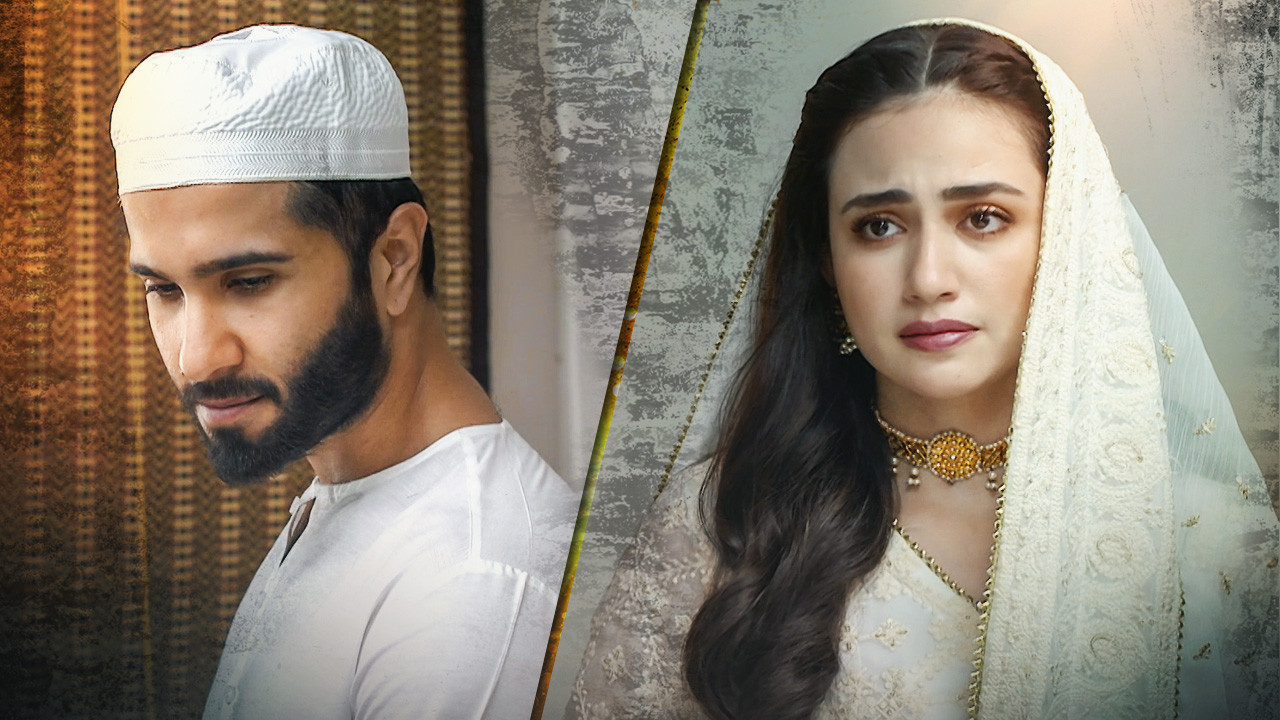 Drama serial Aye Musht-e-Khaak is coming to an end tonight after keeping the audience’s interest throughout the past 35 episodes. It is one of the drama serials that reached great heights of popularity for its tale of pure love and lasting passion, starring Feroze Khan and Sana Javed in lead roles.

The past episodes depicted Mustajab’s journey from stubbornness to fear and at last, fulfillment as he made peace with his separation from Dua.

Even though incompatibility is no longer in the equation, it’s the promise Mustajab had made in his prayers that he will leave from Dua’s life once she survives the fatal gunshot.

Despite his best intentions, he is realizing the sacrifice of true love isn’t as easy as he thought it would be after he recently heard Dua’s voice again. However, Dua’s family has managed to convince her to marry Taqi who waited for her all this time she waited for Mustajab.

The finale is yet to reveal if there will be a reunion between Dua and Mustajab as the teaser of the 36th episode indicates that he will continue to resist any possibility of fulfilling the impossible desire.

The last episode of Aye Musht-e-Khaak will air on Tueday (today) at 8:00 p.m. on Geo Entertainment.