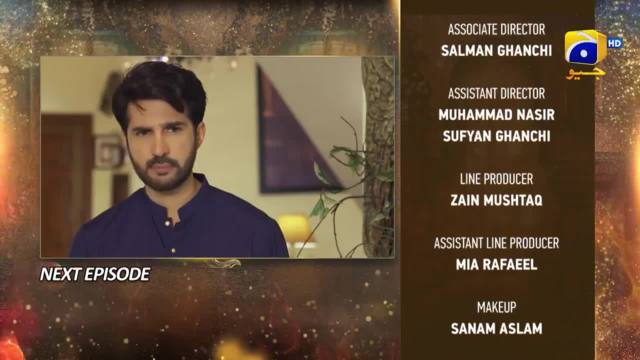 Fasiq - Episode 55 Teaser - 16th January 2022 - HAR PAL GEO Your favorite Pakistani content is now at your fingertips! Subscribe and hit the bell icon to become a part of the Geo family even in the USA https://bit.ly/30JSSPr Fasiq tells a compelling narrative surrounding the way people’s behaviour and actions change with time as they leave the path of righteousness and gravitate towards wrongdoings. Hailing from a middle-class family, Fatima is a pious and religious girl who values her morals and ethics. Fatima lives with her father and both of them are god-fearing people. Fatima has been in love with one of her cousins, Umair however she compromises and sacrifices her love for Aniqa who is already jealous and insecure of Fatima. On the other hand, Mutahir hails from a humble background however he is always humiliated and ridiculed for his lifestyle. Constant insult forces Mutahir to take revenge however he sets himself on a path of destruction. Despite living a virtuous life, will Mutahir realize his mistake and save himself? After losing everything, will Umair realize the consequences of his actions? Being a firm believer in righteousness, will Fatima realize the true faces of those around her? Written By: Huma Hina Nafees Directed By: Saleem Ghanchi Produced By: Abdullah Kadwani & Asad Qureshi Production House: 7th Sky Entertainment Cast : Sehar Khan - Fatima Adeel Chaudhry - Mutahir Haroon Shahid - Umair Sukaina Khan - Aneeqa Mohsin Gilani - Mansoor Tariq Jamil - Shafeeq Azra Mohiuddin Sabiha Hashmi - Amna Beena Chaudhry - Saima Sadaf Ashaan #FasiqEP55Teaser #HARPALGEO #Entertainment