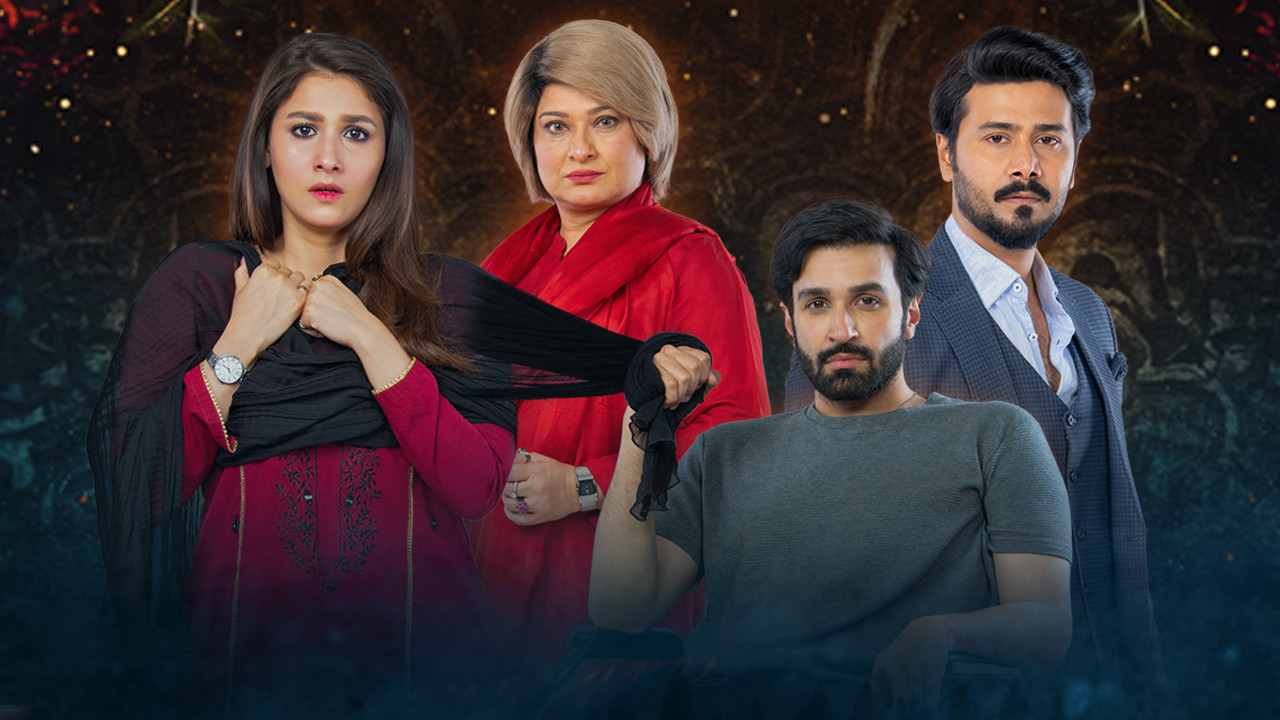 Then, splashed by the reality of Romaan’s family, this love finds itself bounded by those wanting for it to drown.

In every reason to cause hurt to a close one, there is an untold confession, a truth kept within. Produced by the dynamic duo Abdullah Kadwani and Asad Qureshi under the banner of 7th Sky Entertainment, Dour’s untold truth is veiled in the teasers revealed so far.

Mazhar Moin’s direction of the play is very telling for the way it keeps the future of this family secret enough for the audience to only be guessing.

Azfar Rehman and Sania Saeed feature as the mother-son duo, Abaan and Mrs. Ehtisham, who continue to thrill the show with their evil. With glances of Abaan wanting Asma to himself and his disregard for his brother’s happiness, it is unclear what the untold truth is on his end.

Rest assured, Dour will premiere on 29th June on Geo Entertainment to unveil it all. Dour is slated to air every Tuesday at 8:00 p.m.