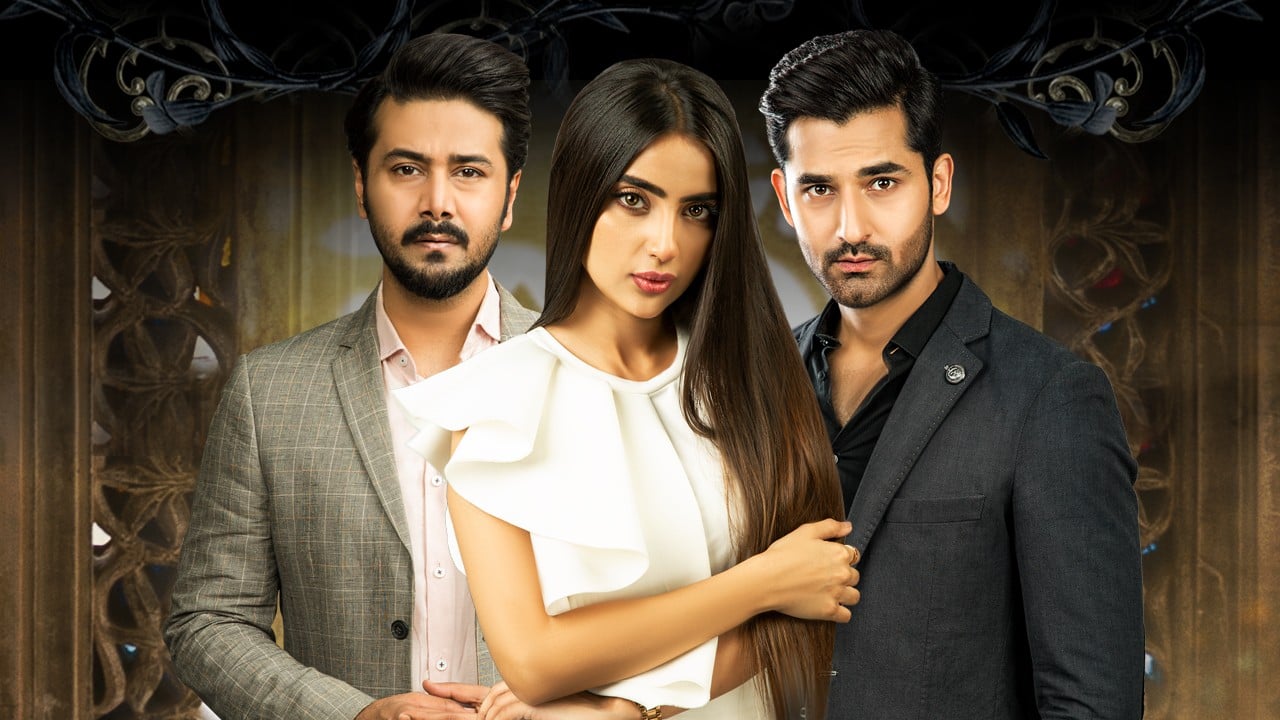 Geo Television’s star-studded drama serial, Uraan, which featured Kinza Hashmi, Adeel Chaudhry and Aijaz Aslam, has come to an end. With its departure, a new drama serial, Fitrat, is ready to premiere on television screens— with quite an interesting antagonist.

Fitrat introduces us to a young female antagonist, Fariya, who rises from a middle-class background through her shortcuts. It does not take her long to achieve luxuries earlier on in life as she marries Arbaz who belongs to an affluent family.

However, her married life turns upside down when Arbaz’s elder brother, Shahbaz, turns out to be Fariya’s first love. A few teasers have already hinted at what to expect from Fariya; a sassy personality, classy outfits, and at last, an emotional breakdown when she will find that her master plan had plenty of loop holes.

What really excites us is seeing Saboor Aly assume the role of that antagonist, while another selling point of this drama serial is its mesmerizing soundtrack with power vocals of Sahir Ali Bagga and Aima Baig. The teasers also reveal that there are going to be heartbreaks, deception, manipulation, betrayal, and of course… a lot of drama.

Speaking of heartbreaks, the first few highlights have made it apparent that this story has not one but two love triangles— starring Saboor Aly opposite Mirza Zain Baig, and Zubab Rana in one and then Ali Abbas and Adla Khan in another.

Fitrat is a presentation of the country’s leading production house 7th Sky Entertainment owned by the dynamic duo Abdullah Kadwani and Asad Qureshi. The drama serial is written by Nuzhat Saman and directed by Asad Jabal.