Will Malika let go of her ambitions that easily? 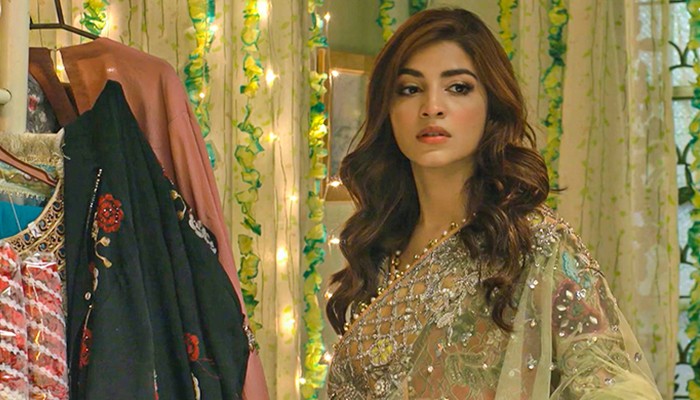 A new drama serial ‘Uraan’ joined the plethora of Geo Television’s presentations earlier this month. Featuring Aijaz Aslam, Kinza Hashmi, and Adeel Chaudhry in the title cover, Uraan made it seem like a love triangle. But the truth is, the drama serial is more about Malika wanting to break free from the shackles of poverty.

The teasers showed how Malika is unwilling to settle for less and wants to do something to change her lifestyle. She is tired of seeing her mother struggle to make both ends meet and she has faith that she can change their circumstances by entering the acting industry. But her ambitions clash with the values her family holds.

Aijaz Aslam has also bagged attention with his bad boy role as Atif Nawaz, someone who runs an advertising agency and manipulates aspiring actors for his personal gains. In no time, Atif worked his magic on Malika as well. However, at the time of their introduction to each other, Malika had her eyes on her class fellow Nooryan (played by Muhammad Usama Khan) who seemed to belong to a wealthy family.

Unaware of the brotherly bond between Nooryan and Atif, Malika later found that whatever Nooryan had attracted her with was in the possession of Atif. She immediately distanced herself from her love interest, Nooryan, when she realized that his mother is actually a house help at Atif’s house. And when her family forced her to marry her cousin Asim (played by Adeel Chaudhry), Malika fell for Atif’s words and turned into a runaway bride— only to find out later that he was never genuine with her.

A common assumption at this point would have been Malika having a change of heart. On the contrary, she begins hating her fiancé, Asim, even more. Although Asim manages to make Malika his bride, all he ever gets from Malika is her bitterness.

On the other hand, Malika’s brother is already on top of his game with his tricks and shortcuts. Hailing from a middle-class family, Aqeel (played by Farhan Malhi) manages to get the sympathy of all those people who can buy him luxury. He hasn’t really faced any consequences of his greediness so far. But with his best friend’s lover sympathizing with him a bit too much lately, it is to be seen if Aqeel will get away from the trouble that awaits him. As for Malika, time will tell if she will accept her new family by heart.

Uraan is a presentation of the country’s leading production house 7th Sky Entertainment owned by the dynamic duo Abdullah Kadwani and Asad Qureshi. This drama serial is written by Jahanzeb Qamar and directed by Shaqielle Khan,

You can catch the OST, the teasers and fresh episodes for Uraan on Har Pal Geo’s YouTube channel. Don’t forget to subscribe to our social media pages on Facebook, Instagram and Twitter, to get the latest updates on Uraan and other shows.