Will Mehru remain stuck in a state of hopeless despair? 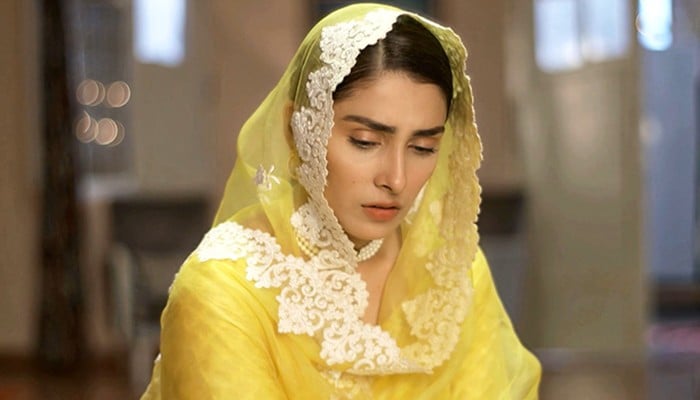 Drama serial Meher Posh has come a full circle to another devastating wedding, Despite Mehru’s decision to not put herself through another heartbreak, Mehru is once again left alone at the altar to face the social stigma of failed marriage.

As if Mehru’s first experience with divorce wasn’t enough to make her feel like an outcast, her second wedding got interrupted with her groom getting arrested on charges of human trafficking in the 25th episode.

Once again, Shahjahan rushes to Mehru to convince her to give their love a chance now that the man she was trusting earlier has been exposed. But Mehru disregards the feelings she has for Shahjahan.

Despite the fact that Mehru and Shahjahan were forcibly separated from each other to be married off to different people, she refuses to marry the love of her life in fear of “what would people say” for marrying her sister’s fiancé.

Shahjahan’s mother did not even waste a second in disgracing Mehru. With her own sick beliefs, Kaneez burdens Mehru with “what must be the bride’s flaw” for failing even at her second attempt at marriage.

However, these words came from a woman who had always disapproved of her son’s feelings for Mehru. Her shallowness was not surprising at all— given how she immediately insisted on marrying off Mehru’s younger sister, Ayat, to her son, Shahjahan, to save the bride’s family from disrepute.

With two arrogant, selfish people in the equation, Shahjahan’s mother and his fiancée, Ayat, succeed in making sure he doesn’t marry Mehru in the heat of the moment. Although Shahjahan did try to take charge of his love life right then and there, he ended up going with the flow after Mehru’s refusal to marry him.

A recent teaser showing Shahjahan vent out his anger at his newly wedded wife makes us think of what becomes of a marriage like this. Will Mehru find the courage to move on or will she remain stuck in a state of hopeless despair?