Will Farkhanda manage to move Raima out of her way? 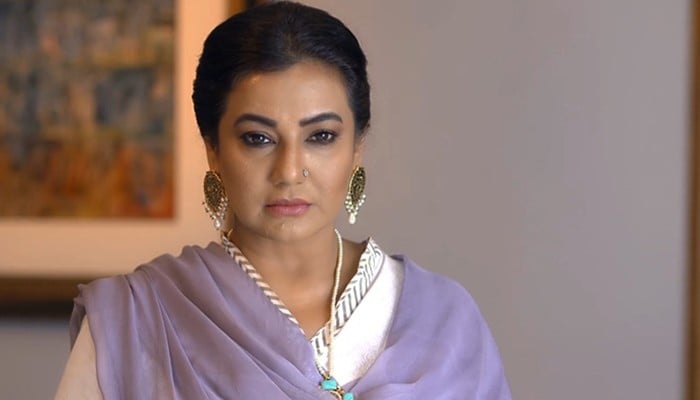 Drama serial Muqaddar has now centered its episodes on the clashes between Sardar Saif’s wives Farkhanda and Raima— specifically after he forces his first wife to accept Raima as Beghum Sarkar (most beloved wife). Those who tune in solely for Faysal Qureshi’s role as Sardar Saif are getting to see more of Sardar Saif’s invincibility.

So far, Muqaddar’s audience has seen Saad as the only family member respecting Raima as Beghum Sarkar— which fuels his mother-in-law, Farkhanda, with even more rage. Without wasting any time, Farkhanda started working her way up to reclaim her honour. But while trying to do so, she hit axe on her own leg.

A recent episode showed how Farkhanda accused Raima of cheating on Sardar Saif at the expense of Saad’s dignity. However, the matter did not go too far as Abeera came clean about her mother’s false accusations when the ball fell in her court. Sabeena Farooq’s role has Abeera has really matured over the episodes as Abeera stood by the truth— even when it meant standing against her mother.

Although Abeera managed to protect her fiancé’s honour, she lost her place in her mother’s heart. All Abeera asks her is to not target Saad in her tirade against Raima but Farkhanda shuts all windows of reconciliation. However, Abeera even resolves that matter pretty maturely as she requests her father, Sardar Saif, to forgive her mother.

As for Raima, after losing her beloved maternal aunt, she is now close to losing her maternal uncle as well— her only blood relative who still truly cares for her. Now that her former fiancé, Haris, is ready to move abroad with his wife and Raima’s father-like uncle, it is to be seen how Raima will spend the rest of her life. Will Farkhanda really turn over a new leaf now that Sardar Saif has forgiven her? Or will she now construct a deadly conspiracy to move Raima out of her way.