Will Umar's marriage change him as a person? 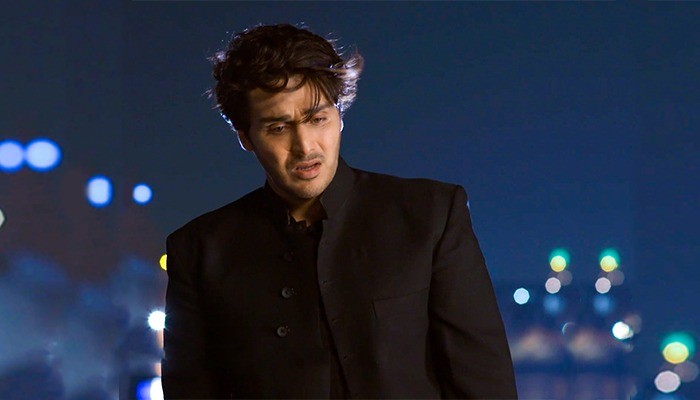 Although Umer’s mother has been at her best behavior throughout Maheen’s wedding, Saba Faisal has been an ace actor with her role as the crackhead Razia, who is always stealing the limelight with her taunts. On the other hand, Umer’s sister-in-law, Nazia, being the hopeless romantic she is, leaves everyone scratching their heads.

Most times it is Umer’s warm heart making everyone’s day and other times it is his grandmother for the way she roasts Razia. With eight episodes in, this witty family saga has come together beautifully with all the good things happening already. Only if Umer had known that his lady love, Roshni, was considering her other options, he might not have blamed himself for blindsiding her.

However, this drama serial has made an important point about miscommunication. Starring Ahsan Khan and Ushna Shah as the lead couple, the way the two families marry off Maheen to her cousin Umer in a haste really illustrates how match-making is done in many households. The only person who tried to talk sense in that situation was Razia— protesting that her son must not be treated as a backup option.

Despite the grudges she held against Maheen’s mother, Razia also gave in to everyone’s assumptions that Umer may be in love with Maheen. The two families then went an extra mile to make the wedding more dramatic as they instantly replaced Maheen’s groom with Umer without asking either of them. Despite several attempts, Umer failed to reveal his actual love interest while Maheen didn’t even get to know whom she is getting married to until the last moment.

As for Umer’s love interest, Roshni has faced the consequences of betraying Umer once for her wealthy relative Nabeel, whose mother was only hoping to hire her as a maid. Her absence at Maheen’s wedding only makes things worse for her as she was unaware of another shocking news that was waiting at her home. Although Umer doesn’t blame Maheen for the changing circumstances, it is yet to be seen if he will accept the marriage wholeheartedly. Will the two even lose the bond they had as friends? Are Umer and Roshni going to let go of the promises they had made to each other?

Bandhay Ek Dour Se is a presentation of the country’s leading production house 7th Sky Entertainment owned by the dynamic duo Abdullah Kadwani and Asad Qureshi. The drama serial is directed by Ali Faizan Anchan and penned by Faiza Iftikhar.

You can find the OST and teasers for Bandhay Ek Dour Se on Har Pal Geo’s YouTube channel. Don’t forget to subscribe to our social media pages on Facebook, Instagram and Twitter, to get the latest updates on Bandhay Ek Dour Se and other shows.