Is there anything Mushk will have to pay for? 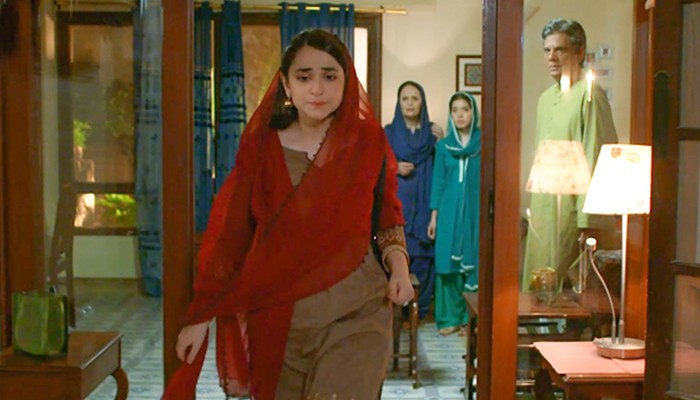 Drama serial Raaz-e-Ulfat has arrived to a point where it is all about how Mushk sabotages her own engagement with Irtiza. Her inconsiderate behavior towards her family is turning Mushk into her own enemy. Although her courage was worth appreciating when she stood against her father’s impulsive decision – specifically when he was forcibly marrying off his teenage daughter to his friend Ismail – she fails to realise that some matters can be resolved without playing hide and seek.

Despite being engaged to Irtiza with her parents’ blessings, she resorts to sneaking out from her house to meet him. Knowing her father who had let her pursue further studies and later got her engaged to the love of her life, Mushk keeps on triggering her father for one or another reason. To make things worse, she recently slammed her father with “ab main aap ki nahi, Irtiza ki izzat hoon” when he confronted her for sneaking out.

She fails to realise that it isn’t easy to have all as there is some sort of limitation in everyone’s life. She also fails to realize that she can simply avoid unnecessary conflict by putting forth her constructive criticism before sneaking out from home, rather than leaving her mother and her sister to face the consequences. She is not to be blamed for wanting good for herself, but disrespecting all those who have vouched for her all along is one mistake on her part.

Although Irtiza fell in love with Mushk for her innocence and simplicity, he also completely disregards those house rules that actually contributed to her upbringing. From there, he starts mistaking that Mushk’s lifestyle with Sehba’s, whose parents are least likely to take offence if she spends time with someone she’s going to marry. As for the consequences on Mushk’s part, Iftikhar sahib has decided to marry off Mushk as soon as possible. At least Irtiza has figured that Sehba is only around to spew poison, but it is yet to be seen if Mushk can keep her distance. For all we have seen is that Mushk still thinks Sehba is genuinely happy for her.