Is Mushk’s fearlessness going to turn her into her own enemy? 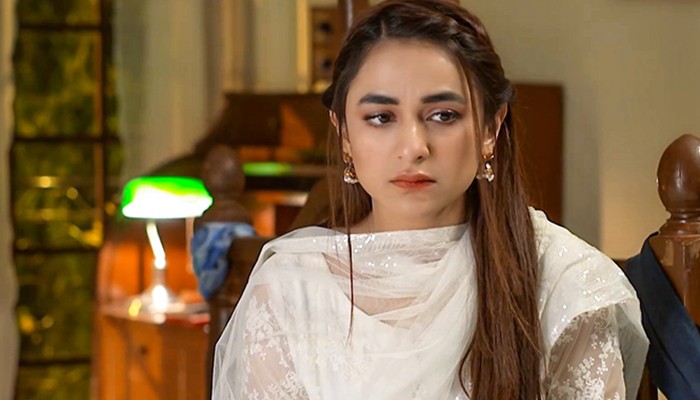 Raaz-e-Ulfat has taken a surprising turn from a situation that seemed as if Mushk and Irtiza were going to face ill-luck in convincing their parents. Somehow it turned out to be on the contrary. The previous episode showed us two happy families as Mushk and Irtiza exchanged engagement rings. That occasion turned more exciting when Sehba walked in— fuming on the inside but uttering sweet words on the outside.

But what we’re seeing next is Mushk defying all her family’s concerns; which she sees as “being obedient to her husband-to-be”. What she fails to realise is that obeying to an extent of becoming inconsiderate to her family can hinder all those efforts she had put to make her relationship exclusive with Irtiza.

Her younger sister Amber tries to make Mushk see their parents’ love and compromise for her but Mushk’s definition of love is quite basic and is only limited to her relationship with Irtiza. However, with the little time she has known Irtiza for, Mushk has turned fearlessness enough to save her little sister from falling prey to her father’s impulsive decision. This is what the recent teaser has hinted at. An unexpected turn of events will take place after Bano will back out a moment before her nikah with Ismail. There is going to be aggression, there is going to be disobedience, and a lot of people in Mushk’s life are going to be disappointment of her. But the viewers will hopefully love her for taking matters in her hands.

Irtiza will possibly lose his charm among his audience if he hasn’t already. Part of the blame also goes to his mother for triggering him on Mushk’s refusal to join him for a family gathering. Irtiza had also never been respectful of Mushk’s house rules— which is one weak element in their relationship. He fails to see that marrying into a conservative family also comes with some conditions. Yet Irtiza will be making Mushk’s life difficult by making a big deal out of her strict house rules. Mushk, on the other hand, will be left to either act upon her sense of responsibility or be obedient to her fiancé.

As for what Sehba will be doing with her life, the teaser has already indicated that she will be back to playing with fire by befriending Nomi again.