Will there be any consequences of Sardar Saif’s secret marriage? 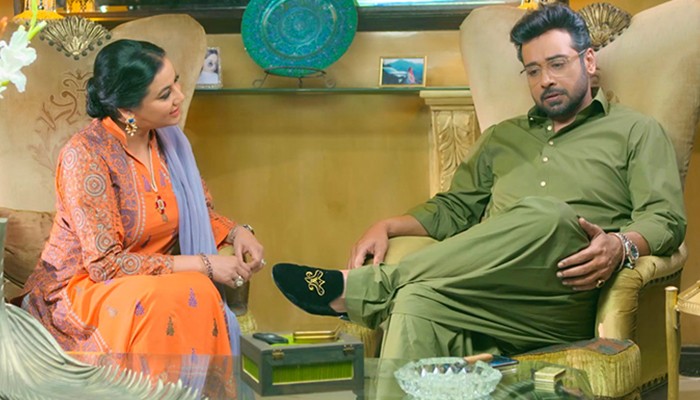 For quite some time, Muqaddar’s audience had only seen the helplessness of most characters in the drama serial— with Sardar Saif being the only one who manages to turn things in his favor.

Although many qualities add up to Sardar Saif’s dominant nature, the past few episode showed another character with a strong will. Here we are talking about the sweet yet sensible Zara who broke off her engagement with Hasan Shiraz, former boyfriend of Sardar Saif’s only daughter.

She had her doubts in the beginning when their mothers insisted on tying the knot between the two friends. Despite having feelings for Hasan, Zara chose to connect the dots and learned that her suspicions were true. Her fiancé Hasan was unable to get over his ex-lover, Abeera. Knowing that the engagement was meaningless, Zara returned the ring to his family in no time.

On the other hand, Abeera has started to respect her fiancé Saad. But just as her attention draws towards Saad, Hasan approaches her again to reignite their love for each other. But not only is Abeera unfazed to hear about the annulment of his engagement, she remains devoted to her engagement with Saad— especially after Farkhanda forcibly removes Hasan from her life once again. As for Saad, who had always seen his engagement crash on multiple occasions, he is surprised to see Abeera admire him for real.

Earlier, Haris only had to deal with his broken heart. His parents’ consistent requests to bring Maha home as their daughter-in-law tangles him with yet another discomfort. Haris has although tied the knot with Maha but he fails to reward her for taking care of his family. Her good intentions go uncredited and their disagreements start to weaken their relationship in the very first week of their marriage. The more she insists on going for their honeymoon, the more irritated he gets with her.

Raima is only trying to live the way Sardar Saif wants— which includes controlling her emotions, force herself to no longer think of her former fiancé Haris. On the night of his wedding, Raima is as miserable as she could ever be. The worst would be have going to a honeymoon with someone she does not love— especially someone who wronged her.

On the other hand, Farkhanda is always seen trying to figure out why Sardar Saif behaves the way he does but when it comes to punishing anyone else, she does not take long to show them the torture cell. What is yet to be seen is if all these people will gather the courage to change their lives. Will there be any consequences of Sardar Saif’s secret marriage? Will Hasan manage to break free from Farkhanda’s threats? Will Maha ever win Haris’s affection?