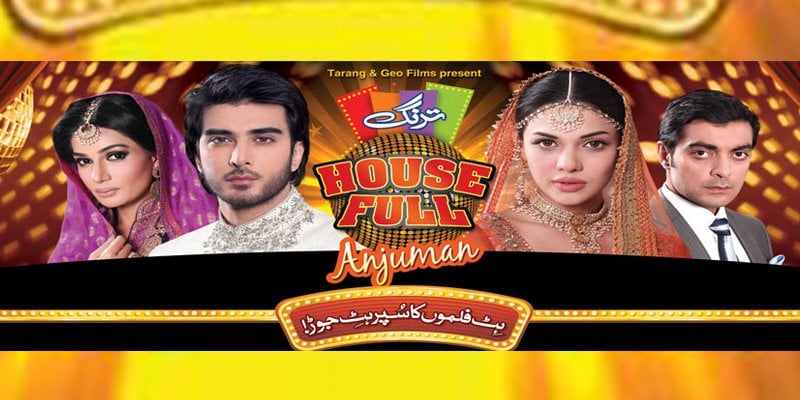 Anjum Hayat Khan is a young and innocent girl, studying in university. Some notorious students therein use to tease her but she reacts nowhere and avoids facing them instead. Asif tries to stop those guys and this leads to a fight in the university. Later, the same group of students visits a “kotha” where they are stunned to see anjum, the same innocent girl, dancing before them. The very next day, same news is spread everywhere in the university and asif is also surprised to know it. However, Anjum (Anjuman as dancer) leaves the university with the question in asif’s mind as to how and why did she appear to.

Later, Asif’s brother “Wajaht” is found involved with a known prostitute and the rumour reaches the home soon where asif decides to go and meet with the prostitute. Doing so, asif is once again shocked to see that the prostitute is none other than Anjum herself, who is famous as Anjuman. Here she reveals that Wajahat has puchased her on the ceremony of “nat utarwai” and she is now property of Wajaht. Now, asif replaces himself with his brother and stays with Anjuman. There are so many twists waiting to take turn and there are so many questions in Asif’s mind need to be answered as to how and why does she became proatitute.