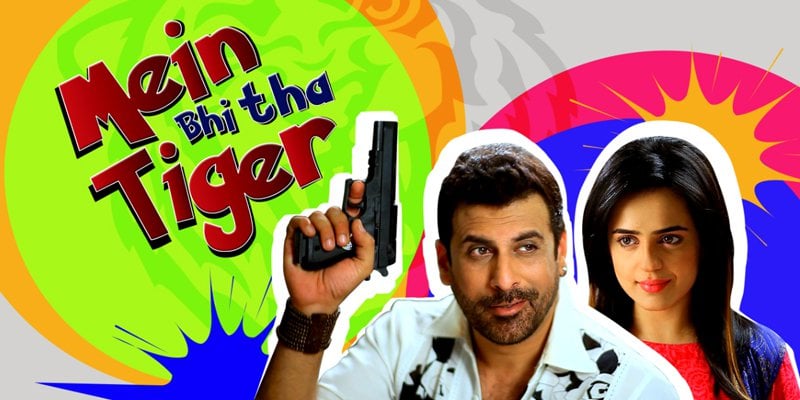 This amusing and entertaining comedy begins with ‘Sweetie’ tying the with the colony’s crook, ‘Tiger’ shocking everyone present because of their contrasting nature but ‘Sweetie’ does this for a specific purpose. Tiger is ill treated in his own house by his wife, mother in law (Aunty Jee urf Beauty Queen) and maternal grand mother-in-law (Nani Urf Item) as they put different kind of demands on a daily basis and never seem to be satisfied.

When Tiger Badmaash meets with old likeminded friends Chinto and Minto he sheds tears remembering the golden days of mischief and rogue when the public would shiver upon hearing their names. Chinto and Minto pass sarcasm that ‘Tiger has become a goat after his marriage’.

Fed up of this lifestyle ‘Tiger’ tries to commit suicide by jumping from the bridge (Natti Jatti) but as bad luck would have it he falls on a dry spot and breaks his legs! ‘Sweetie ultimately apologizes and tells him that she loves him and doesn’t want him to be a criminal. Tiger also asks for forgiveness and all are happy!