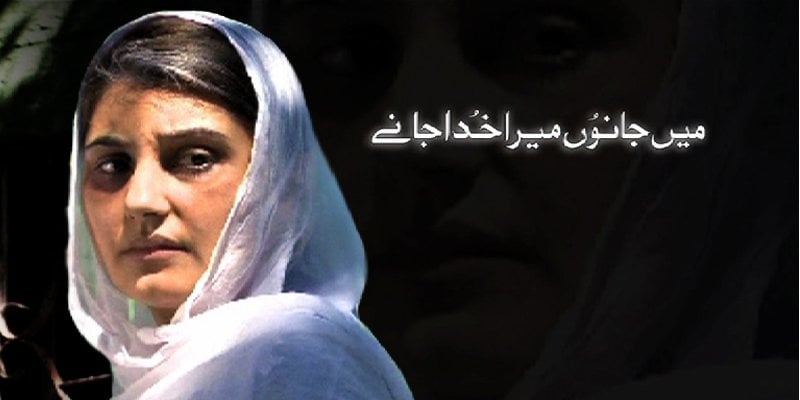 It is the story of a mother (sitara) who accidently lost her husband and children. Sitara is a sincere and loving wife, mother and a daughter in law. Hassan (husband of Sitara) is the only son of her mother. His mother “Amma bi” wants a Bahu who is illiterate and belongs to a lower middle class. So she chooses Sitara for her son. Hassan is a businessman and a loving husband as well; they have 2 kids a son (Sammie) and a daughter (Sana).

Hassan used to go abroad for his business tours, but this time he came back after four months and as a typical mother in law AMMA BI don’t want his son to spend more time with his wife so she engages him with her own things. Next day it was Sitara’s birthday which they celebrated well and after few days they both come to know that Sitara conceived again which is an ultimate happiness for them.

Things became worse when three robbers kidnapped Hasan and Sitara on the way to their journey, where they snatched everything from them and after that they shot Hassan and raped Sitara. Sitara lost her everything, when Amma bi knew about this accident she didn’t accept the reality but on the contrary blamed Sitara for everything and asked her to abort the child to which Sitara refuses. Amma bi throws her out from her house, and at the same time she starts poisoning children against Sitara. Zulekha (her servant) sheltered Sitara in her home and after some time she gave birth to a son. Sitara works very hard to bring the best out of his son. When grows up he is told by Zulekha’s husband about his so called reality that his birth is a result of rape to his mother, it’s a harsh, bitter, intolerable reality for him and in anger he leaves his home and mother too. In her extreme grief she lost her job.  One day Zulekha took her into a home to work there as a cook and she got surprised when she saw her own kids, but at the same time she was so disappointed to see her children’s bad behavior. With all her resistance she was forced to surrender in front of Amma Bi and her kids and once again got homeless.

One day Amma Bi saw Sitara’s son who resembled with her dead son and then they all come to know that Sitara is innocent. But it’s too late now as when they reached to meet Sitara they see Sitara’s dead body… She leaves the world quietly with languishing eyes…….