The story revolves around a couple, Mehwish (Azekah Daniel) and Shehram (Junaid Akhtar), and their daughter Pari (Khushi Maheen). The film begins with them arriving at a house somewhere in Ayubia, where eerie things start happening; the quintessential horror movie stuff with doors opening and closing, lights going out, rocking chairs rocking on their own etc. Things keep happening endlessly for the first half of the film. Mehwish cries all the time for no reason, and blames her husband for not letting her organize a Quran-Khawani before inhabiting the house. Shehram, an atheist, who is repeatedly criticized for his beliefs, keeps consoling his wife. Meanwhile, Pari frolics around the house while behaving rather strangely. In one instance, she goes outside, roams around the mountains, circles a big tree, kills a bird with a mere gaze, applies its blood to her face, and then the leaves of the tree start falling (yes, it was as absurd as it sounds). The scene is followed by a shot of a darvesh, who is having visions of Pari. No one knows why this is happening so randomly, why Pari is behaving like this, and why Mehwish keeps snapping at her husband. Cherry on top, the film suddenly shifts to Shehram and Mehwish’s love story. 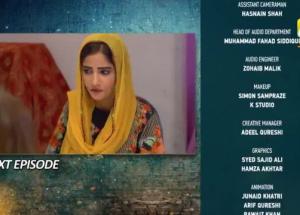 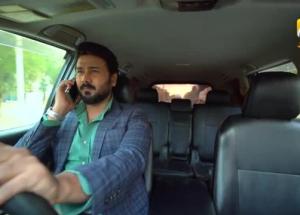 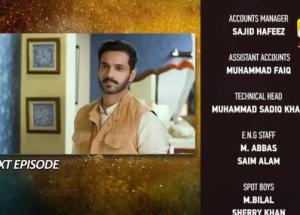 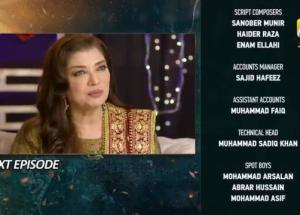