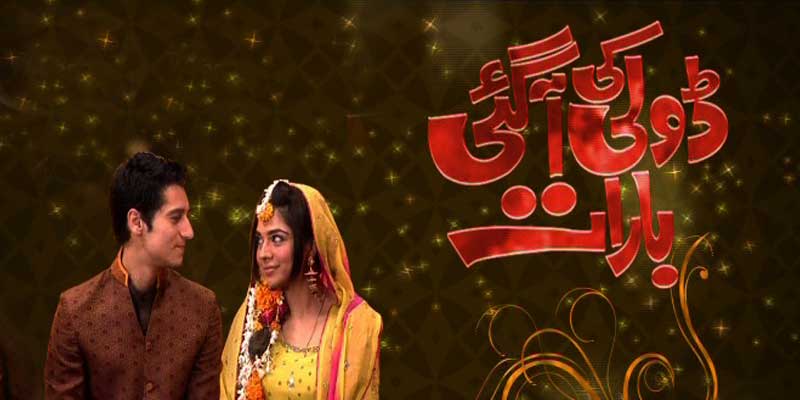 A teleflm that joins Nabeel and Dolly as they are actually about to tie the knot. Once all the drama of ‘that almost’ wedding with Taqa is over Saima Choudary has only one thing on her mind…to get Dolly and Nabeel married off as soon as possible. However, she has one ‘teeny weeny’ problem…it seems that the whole of her family now refuse to speak to her. Nichi in a desperate bid to save face decides to play ‘tug of war’ with Saima by turning the whole family against her and making sure no one speaks to the Choudary’s because of the huge ‘wedding’ catastrophe. Saima decides to have the wedding in Karachi to avoid all the embarrassment of having no family to support her. So it’s off to Rabia and Faraz’ who offer to play host to the Choudary’s and let Dolly have her Rukhsati from their house. While Silah and Nani help Saima Choudary prepare for the wedding (not that she needs it). Rabia and Faraz try to diffuse a situation that is developing between the Choudary’s and Nabeel’s parents ‘The Hamdanis. It seems that although Nabeel’s mother Aliya has agreed to the wedding, she is still making desperate efforts to convince Nabeel not to go through with it. Her main concern being the ‘domineering’ and ‘eccentric’ Saima Choudary. Nabeel meanwhile, is all set to invite Dolly’s ‘ex’ Mushtaq’ to the wedding, which sort of upsets Dolly. It seems that she can’t bear the idea of her ‘almost’ husband Mushtaq being at her wedding to Nabeel.
Rabia and Faraz meanwhile are having problems of their own. A picture of Faraz and his sultry co-star Seema, is published in a local glossy leaving the gossip columns to have a field day with rumors of a fling between the two stars. Although the rumor is baseless and Rabia knows it, she does nonetheless react by getting upset with Faraz over it.
When Nabeel’s father finds out he has to go abroad on important business, he decides to bring the wedding forward, rather than risk Aliya and Saima Choudary’s feud breaking the couple up. Faraz and Rabia arrange a dinner to decide the wedding date, little knowing that Saima Choudary and Aliya Hamdani’s feud will erupt into a full-blown argument. The couple desperately tries to calm things down, and eventually succeeds, but not before Saima and Aliya almost break the engagement off. As for Sukhena, well she is now secretly ‘head over heels’ for Mushtaq and has even started to fall in love with his gigantic Punjabi strides and heavy ‘desi’ accent. Mushtaq meanwhile, acts like a ‘love struck’ puppy in front of Sukhena and her every wish is his command.
Although Sukhena tries her best to hide it, ‘the cat’ is eventually ‘out of the bag’ when Silah, Laila and Nabeel notice her never-ending glow and the fact that she constantly smiles for apparently no reason at all. Sukhena finally admits to the relationship so that Nabeel can convince Dolly to let his new best-bud Mushtaq come to the wedding.