Makafaat’s second season asks how far can our ego take us? 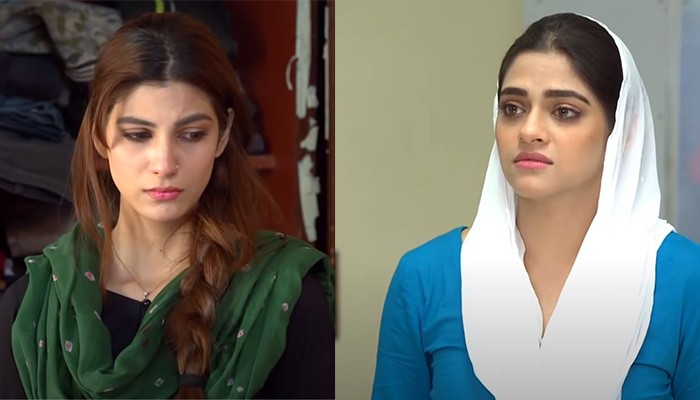 Makafaat-e-amal is the consequence of our willful actions that either treats us with a reward or punishment. Under the theme of "what goes around comes around", Geo Television has recently released the second season of its drama series Makafaat to complement the essence of its Ehsaas Ramzan transmission which highlights the need for empathy and a sense of accountability.

The producing powerhouse 7th Sky Entertainment has taken a compelling approach to each episode, to show how victims try to survive and how culprits face justice. Makafaat reflects on negative virtues such as greed, envy, heedlessness, pride, malice, covetousness, and hatred in its standalone episodes.

In Easar, writer Huma Hina Nafees sheds light on a household where a mother and daughter duo happens to be quite egotistical and selfish. They refuse to be as kind as the eldest member in the family, Aziz Sahab, who gives shelter to his brother’s widow and daughter in his house. Zahida and Maimoona don't leave any stone unturned in harassing the new family members. Actor Ali Ansari also plays a supporting character in this episode, which also stars Namrah Shahid and Shameen Khan.

Taking a jibe at egoistical people, the episode ‘Easar’ convinces the audience that the identity we have created of ourselves in our mind is the false one when we lack empathy. Aziz Sahab’s character in the story illustrates that kindheartedness can give one a new life.

Another episode titled Doulat Ka Ghamand highlights a similar issue and illustrates that if one's actions contribute to getting someone hurt, they are likely to create bad luck for themselves— no matter how courteous they may be to those fitting their personal preferences.

This is where the writer Imran Ibraheem introduces the audience to a fictional character who is recognized as a high-profile businesswoman but is inconsiderate towards her maid’s daughter. However, fate doesn't take long to show her the unpleasant outcome of her deplorable behavior.