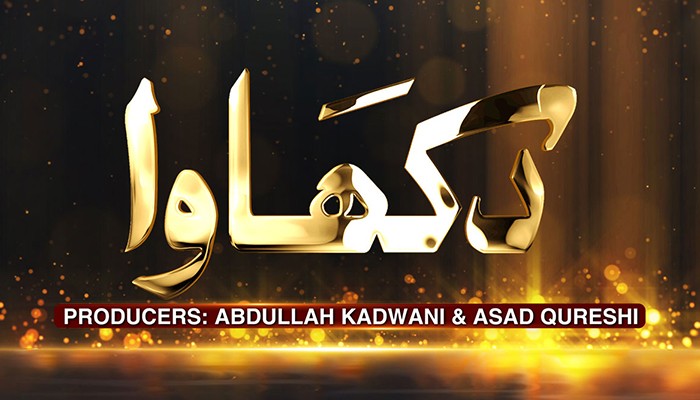 After last year’s success with drama series Makafat focused on the theme of makafat-e-amal, Geo Television has now added another series Dikhawa to its Ehsaas Ramzan transmission.

Produced by the dynamic duo Abdullah Kadwani and Asad Qureshi, this 7th Sky Entertainment project depicts how being pretentious and showing off often leads to dire consequences.

Humiliation tends to have a different impact on every person. It might trigger them to engage in conflicts or encourage them to learn from someone else’s experience. Dikhawa is expected to unveil stories that portray how the right decision, motivated by empathy, always wins out over greed.

A soulful original soundtrack for the series is in the melodious voice of the talented Sahir Ali Bagga. The narrative series is slated to air daily at 5:30 PM starting from the 1st of Ramzan.

The show has been penned by some of the best writers in our industry including Mansoor Saeed, Amber Azhar, Samina Ejaz, Nabeela Raja, Almas Ul Ain, Shabnam Sani, Aamra Shahid, Rabia Mohsin, Ramla Salma and Faraz Mazher, who have meticulously brought meaningful lessons to life.