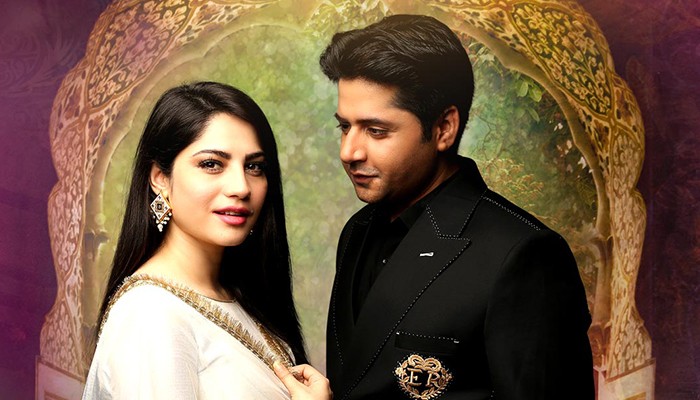 Neelam Muneer and Imran Ashraf’s on-screen chemistry in the drama serial Kahin Deep Jalay has captured their fans’ hearts since the seventh episode.

The producing powerhouse 7th Sky Entertainment has now been focusing more on their solo appearances in the drama serial by capturing Rida and Zeeshan's helplessness as their marriage hangs by a thread. Rida has simply refused to move back to Zeeshan’s house for doubting her integrity after he accused her of bearing someone else’s child on basis of a wrong medical report.

The recent episodes show the antagonist, Shamila (Nazish Jahangir), at her lowest point as she is sent to her mother’s home for her iddat after wreaking havoc even at her husband's funeral. To help understand Shamila’s psyche, the writer Qaisra Hayat introduces her as someone who never got the affection of her brother as his wife kept him distracted with other household responsibilities. The stifling situation of her family life shapes her into a person who feels no guilt in revolting against her in-laws and plotting against Rida whom she envies the most.

After Faham’s murder, Rida’s other brothers, Hatim and Asim, fail to protect their sister and their mother from Shamila’s conspiracies. Hammad Farooqui plays Hatim, who is unable to see the true face of Shamila and marries her out of sympathy. The family will start to face turmoil as episode 30th marks Shamila’s return in the house, this time with more influence as she makes sure Hatim signs over the whole house as her Haq Mehr. Shamila pledges to ruin Rida’s life as she blames her for Fahim’s murder.

Directed by Saima Wasem, the recent episode showed Shamila interact with Rida quite gently, who is unaware of her sister-in-law's intention to manipulate her into leaving Zeeshan. However, her tactics do not work with her mother-in-law (Saba Faisal). It is yet to be seen if Toqeer (Ali Ansari) will play any further role in Rida’s life after his one attempt to express his feelings which had created disastrous consequences earlier.

You can catch the OST and teasers for Kahin Deep Jalay on Har Pal Geo’s YouTube channel. Don’t forget to subscribe to our social media pages on Facebook, Instagram and Twitter, to get the latest updates on Kahin Deep Jalay and other shows.