Khoobseerat captures the sacrifices one makes for true love 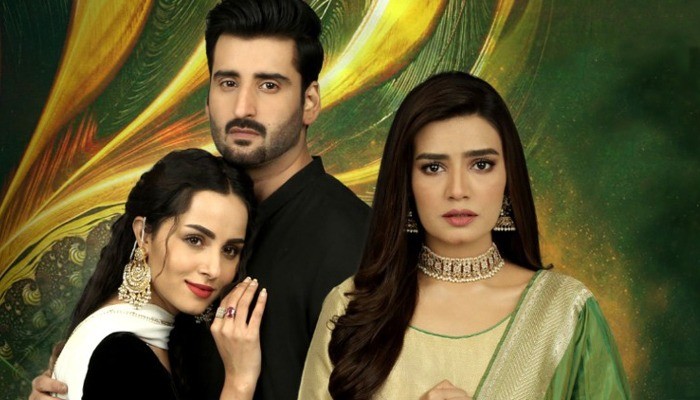 Drama serial Khoobseerat has grabbed the attention of audiences for accurately capturing the compromises of a kindhearted and innocent girl whose slight physical impairment overshadows her glory.

The producing duo Abdullah Kadwani and Asad Qureshi behind 7th Sky Entertainment have brought this story penned by Shakeel Arsalan to the screen with finesse — showing how fate ties the knot between Dilkash and her best friend Samar when his object of affection gets forcibly married off to a more financially stable man.

Kiran Haq’s character, Dilkash, turns out to be a good omen for Samar (played by Agha Ali) as he immediately lands a job and finally moves from the rental portion in Dilkash’s house to a bigger house after marrying her. Nimra Khan plays the strong-willed Mahira who tries everything in her power to rid herself of her first husband and makes her way back into Samar’s life. Dilkash remains a true friend to Samar and allows him to marry the woman he has always loved.

After a long journey of 44 episodes, the drama serial has established that Mahira refuses to share Samar with anyone, and stoops so low with her conspiracies that she not only poisons Dilkash to end her pregnancy but also accuses her of an affair with Samar’s colleague. Dilkash soon realizes that there is no place for reconciliation in her marriage after Samar files for divorce due to Mahira’s constant manipulation.

Directed by Ali Akbar, Khoobseerat’s recent episode featured a turn of events, when people who cared for Dilkash, expose the true face of Mahira. Samar also finds that Dilkash never had any feelings for Haroon, who secretly loves her but doesn’t get any affection from her. The truth draws Samar closer to Dilkash but she has shut the window to her heart.

Is the birth of Dilkash’s child going to fix the ties between Dilkash and Samar? And after plotting against Dilkash, will Mahira get a taste of her own medicine?

To find out, watch Khoobseerat which airs every weekday at 9:00 PM.