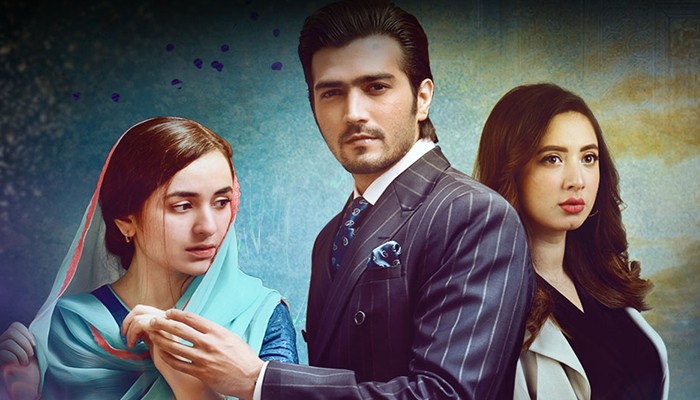 Geo Television premiered Raaz-e-Ulfat this week, which may become your Tuesday’s top viewing choice after some thought-provoking themes were touched upon in its first episode.

With skill and subtlety, the producing powerhouse of Abdullah Kadwani and Asad Qureshi, tackled the complexities of a household where women struggle to make decisions for themselves owing to strict moralities and their elders’ conservative outlook on life.

Yumna Zaidi plays Mushk, a likeable girl who hails from a middleclass family where the strict house rules have begun to suffocate her. She manages to convince her father to let her obtain a Master’s degree. At her new university, for the first time Mushk comes in contact with her class fellow’s carefree and luxurious lifestyle. Raaz-e-Ulfat’s first episode as well as its trailer point to Mushk’s transformation from being a compromising person to becoming a courageous character who takes a stand for her differences with her father.

Directed by Siraj ul Haq and written by Maha Malik, the drama’s script features powerful dialogue that adds to its unique story— showing Mushk’s mother (played by Hina Bayat) tell her daughters that her own life is like an old wall clock which keeps ticking without change, and that daughters who defy their parents behind their back lose their integrity. Tanveer Jamal plays the role of Mushk’s strict father to perfection.

Fans await the appearance of Shahzad Sheikh’s character, Irtiza, whose love will inspire Mushk to make independent choices in life. The primary character that we will see pushing Mushk into moral conflicts with her family has already made her appearance in the first episode as Sehba Khan (played by Komal Aziz) who befriends Mushk in the university. The drama also stars Gohar Rasheed whose character is helpless in saving his beloved wife from dying, and Arisha Razi who plays Mushk’s younger sister.

A melodious original sound track composed and sung by Shani Arshad along with Aima Baig’s vocals has already won many hearts with more than one million views on YouTube. Sabir Zafar’s lyrics already hint that some life-changing circumstances may separate Mushk and Irtiza. It remains to be seen if their love will be strong enough to reunite them?

Raaz-e-Ulfat airs every Tuesday at 8:00PM. You can catch the OST and teasers for Raaz-e-Ulfat on HarPal Geo’s YouTube channel here. Don’t forget to subscribe to our social media pages on Facebook, Instagram and Twitter, to get the latest updates on Raaz e Ulfat and other shows.