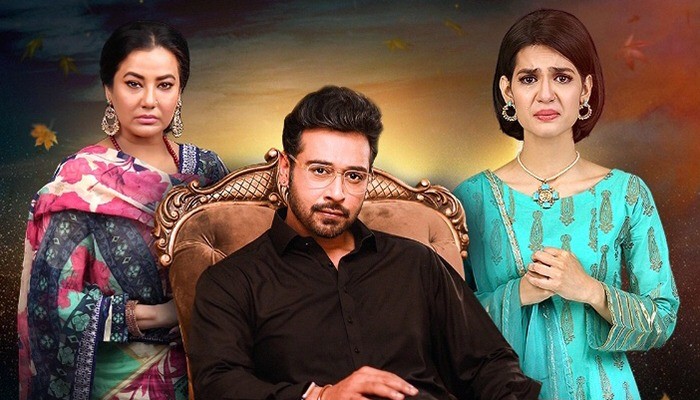 Faysal Quraishi has been a prominent name in the showbiz industry for almost three decades now. With a stellar performance in Baba Jani and later as the charismatic anti-hero in Bashar Momin, Faysal cemented his reputation as one of the most exciting actors working at the moment. This time Faysal promises to bring another exciting and charismatic character to the screen which is already making an impression on audiences and fans alike.

Geo Television and 7th Sky Entertainment have raised the curtains on ‘Muqaddar’ – a stunning new serial product by the dynamic duo Abdullah Kadwani and Asad Qureshi that refreshingly stays away from clichéd saas bahu themes.

So far Muqaddar’s seven episodes have focused on the helplessness of a middle-class family left with no choice but to give up on the forced abduction of their son’s fiancée by an influential landlord. Sardar Saif ur Rehman, brilliantly portrayed by Faysal, turns matters into his favor through the use of his influence and power.

As he recalled his first impression of the script, Faysal told Geo TV in an interview that his character in Muqaddar appeared unique in comparison with other similar landlord characters that have been portrayed by other actors in the past.

“Every time a writer sketches such a character” Faysal says, “the persona stands out for one or two reasons. The one quality of my character, Sardar Saif Ur Rehman, that impressed me was that he’s not entirely negative. The way he treats his daughter, or his nephew, is very different from his behavior with his wife and servants. And we haven’t even seen how he will treat Raima in the future. He doesn’t have just one dimension. I faced some challenges in the beginning about which part of the character to unlock, because we had back-to-back scenes with different characters, and Saif ur Rehman has an entirely different way of dealing with each person. I must acknowledge that there has been a lot of work done on the content from the very beginning, which is quite rare. It was our director Shehrazade Sheikh, who helped me figure out this character’s approach to different situations.”

He speaks fondly of his experience working with producers Abdullah Kadwani and Asad Qureshi. Big hits like Meri Zaat Zarra-e-Benishan and a variety of projects that Faysal undertook with the duo made him recall, “The reality is that only producers who really know the process of storytelling, can give justice to a concept and make it larger than life when it comes to the screen.”

Speaking of its potential, Faysal said he finds Muqaddar to be different from other serials on TV right now because none of the roles or story drag or slow down. “When a scene is focused on a particular character, the story then circles around him/her and doesn’t extend to unnecessary characters. There is a justified distribution of scenes and every character gets their due attention as per their relevance to the story.”

If the audience talks about the character you played, that is success. Although the play is still in its early stages Faysal’s Saif ur Rehman’s persona is not only popular among his audience, but his immediate circle as well, who have taken to addressing him as ‘Saeen’.

As audiences wait with baited breath to see what becomes of Raima’s forced marriage to Sardar Saif ur Rehman, Faysal Qureshi says, “Saif ur Rehman has a boundary around him that he won’t let anybody cross, be it his nephew, daughter or even Raima. You will see how he will react then”. We know that audiences will stay glued to their seats to see exactly what happens next.

Muqaddar airs every Monday at 8:00PM on Har Pal Geo. You can also catch episodes on Har Pal Geo’s Youtube channel here. Don’t forget to subscribe to our social media pages on Facebook, Instagram and Twitter, to get the latest updates on Muqaddar and other shows.