NOOR-E-ZINDAGI; THE STORY OF A COMPROMISING AND ILL-TREATED WIFE 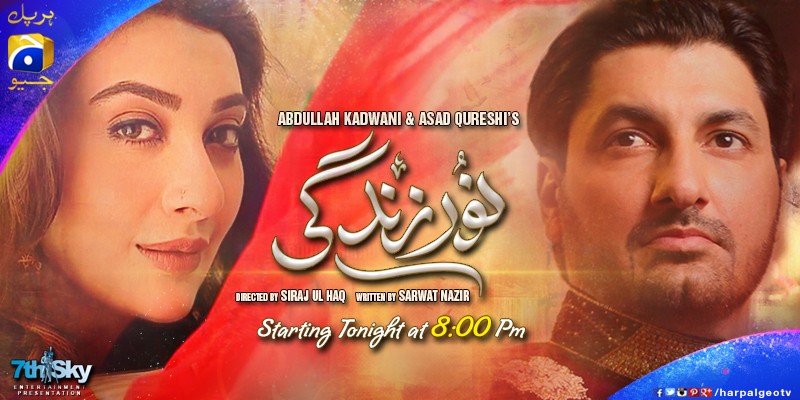 Geo Entertainment Television (Pakistan most watched entertainment channel) came with incredible week of primetime Urdu dramas.  We are launching new plays with more gripping stories and eye-catching celebrities every day. The latest offering is Noor-E-Zindagi; a social issue based drama serial exposing the misery of mismatched couples in our society. Unfortunately Pakistani view of marriage means compromise of women. Noor Jehan, a young, educated and a home maker kind a girl will be marry Saleem, a grocery shop owner, because of his father’s death he couldn’t finish his studies after the fifth grade. Saleem has been under the influence of his friends and they have always directed him on the wrong path. Saleem will treat his kind and sweet wife ungentlemanly to show conventional supremacy of typical husbands.

Syed Jibran, a renowned Pakistani drama artist is appearing for the first time in Geo Entertainment’s primetime play in a leading role. He is pairing with eastern beauty Ayesha Khan who already showed her acting skills in a Geo TV’s blockbuster serial "Dil Ishq". Some other popular actors participating in the play are Shakeel, Noman Habib, Faria Sheikh, Sajida Syed and Humera Bano.

Sarwat Nazir, an extremely talented novelist, screenplay developer and drama writer has penned down this social dilemma of our society.  She also wrote the drama serial "Iqraar" for Geo entertainment.

Siraj ul Haq has steered the ship of "Noor-E-Zindagi" and delivered a must watch drama serial for Geo TV’s viewers.

Fans! Catch the first episode of drama serial "Noor-E-Zindagi" tonight at 8:00 PM only on Geo Entertainment.