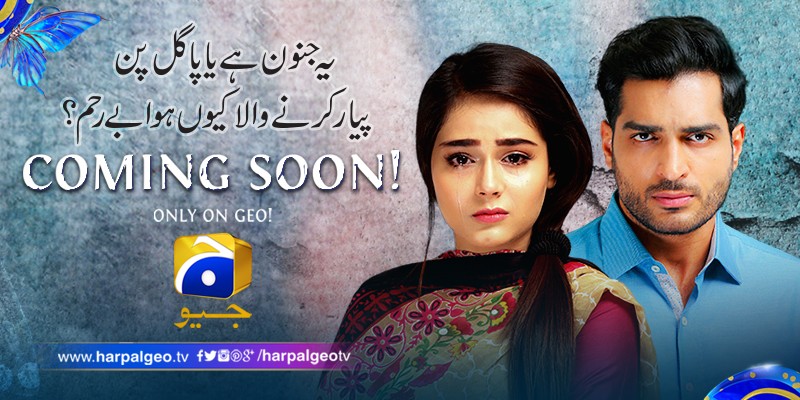 There are many women who are married to sadistic, abusive men and continue to take their emotional and psychological pain. Such is the story of Aashi, the leading female character of Geo TV’s new soap.

Owing to her financial instability, Aashi is asked to tie the knot with a complete stranger, which unfortunately, too many girls are expected to submissively do in our society. The stranger turns out to be the sort of a person who a beautiful girl like Aashi should have never known let alone marry.

Her husband Rehan is so obsessed with inflicting pain on her that he cannot stop his uncontrollable animalistic behavior. Aashi finds herself unable to take divorce from her husband as she has been taught by the society that taking the initiative to take divorce is somehow an unpardonable sin for a woman.

Rehan continues to endure sadistic repetitions throughout his marriage and partnership with Aashi who has to pay a steep price for staying with a man like him. She experiences high anxiety, deep depression, emotional numbing and constant apprehension but she endures it all.

Aashi does not stand firm for herself and chooses to proceed with her marriage with Rehaan. She continues getting censured and tormented by him consistently till he chooses to leave Aashi himself and leaves her.

Having nobody to turn to for seeking shelter, Aashi at that point begins searching for an occupation. She figures out how to secure an occupation which requires caring for an old rich woman. Will this opportunity allow Aashi to live the life she deserves and find people who deeply care about her?

The emotion-packed soap, releasing soon on Geo TV is bound to help the audience and society see broken marriages from a clearer perspective!