Will Mir Hadi be forgiven by Khaani before being hanged to death? 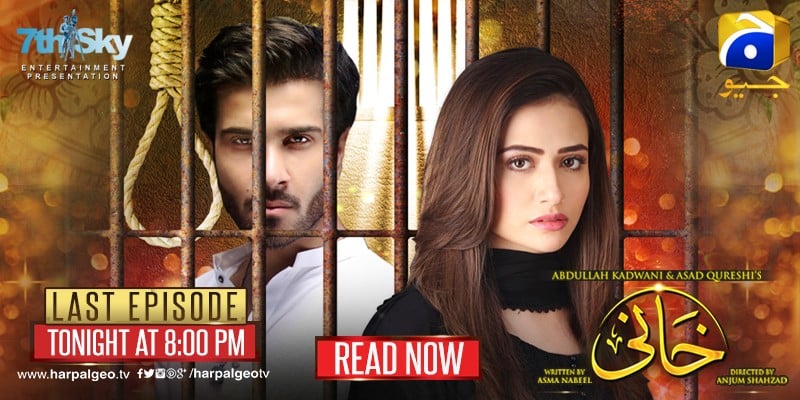 The most successful venture and one of the biggest hits in the history of Pakistan, drama serial Khaani, will come to an end tonight. The social media is witnessing a wild uproar with the ongoing debate on whether Mir Hadi deserves a chance to redeem his sins

Today we will all discover the climax of Mir Hadi’s journey, the anticipation of which kept us glued to our television screens every Monday. The 7th sky entertainment is worthy of immense applaud for gauging the highest TRP’s and top trending viewership of each episode of the thrilling drama.

The last few episodes of Khaani have been a roller coaster ride of intense emotions showing the remorseful and guilt-stricken parents of Mir Hadi who are now realizing the consequences of not showing their son the right path when it was needed ,leaving him astray to commit unpardonable sins and keeping him protected in the cocoon of political power.

The helplessness and hurt for not being able to protect his son from the aftermath of his actions was so much that it ate Mir Shah who committed suicide. Mir Shah’s last words to his son ‘Main bhool gya tha kay is power kay upar bhi ek supreme hai’ perfectly encapsulate the strong message delivered in the plotline of the mega blockbuster. Mir Hadi’s mother, Sitara, on the other hand is now realizing how Saarim’s mother must have felt when her son was ruthlessly massacred

Will Mir Hadi’s last wish of being forgiven by Khaani be fulfilled? The last episode of the powerful love-hate saga will come to an end tonight at 8:00 PM only on geo TV. Hats off to the makers of Khaani, Abdullah Qadwani and Asad Qureshi, for breaking all the records of fans and followership!