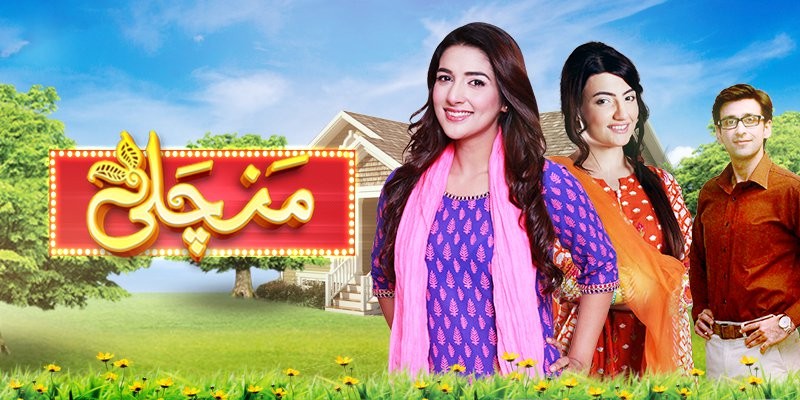 This week Mannchali brings yet another funny and enchanting episode. An episode that brings together a succession of different events, in which the audience goes through feeling sorry for Ambreen when her mother shouts at her.

We then felt proud of Ambreen when she agreed to go and apologize to Surriaya aunty even though she knew what her intentions were, but still her love for Afsheen made her apologize.

Awaiting the arrival of Monnis, the son of a wealthy relative and a potential suitor for her daughter Seema, Surriaya Aunty forgivesAmbreen. On her way out of their house, Ambreen tries to flatten the tire of Monis’s car mistakenly thinking it belonged to Arham’s family.  Poor guy got his first dose of our Mannchali before he even entered the door.

Meanwhile, Ambreen’s family decides to marry her off to some family friend’s son from Islamabad, when this news reaches her, she refuses to get married.

On one hand Seema tries to charm Monis by going out with him and doing things to make him believe they have much in common.Ambreen had a few run-ins with him, the naughty Ambreen and innocent Monis are very entertaining to watch together.

The episode ended when Ambreen forces Monis to help her by taking a sick woman to the hospital, leaving behind Seema in a restaurant waiting for him and Afsheen searching for her sister all over the place. This scene is so much fun, when we watch Monis handle a crying child and Ambreen drive his car, testing his patience and the traffic rules.

Watch Mannchalievery Monday on Geo TV, 8 pm, and laugh together with us as Ambreen follows her mischievous heart, angers her family and then tries to fix the problem in her own charming ways.