Fantastic turn out at the Girls-on -Bikes rally in Pakistan! Macdonalds Tariq Road Karachi played host to a group of around 20 bicyclists on Sunday, as a group of girls held a rally to reclaim their rights to a safe space and to normalize the concept of girls riding bicycles on the roads of the country! 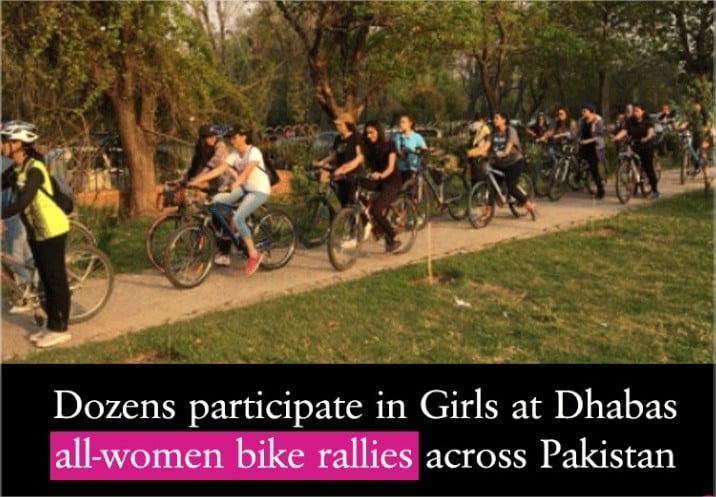 The rally, titled ‘Girls on Bikes’, was hosted by Girls at Dhabas, a group that promotes women claiming public spaces.  It was a moment of pride to see the girls paddle through the streets of their country, claiming their ownership of the land. 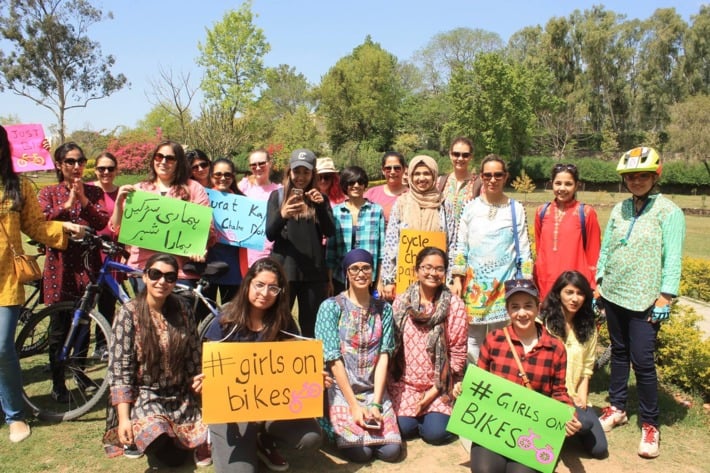 Not surprisingly, many passer-bys tried to discourage the girls by hurling taunts and insults but the girls kept moving forward, keeping in mind that the whole purpose of doing this activity is to grow against all social stigmas and to make the taunts of the society background noise.

It was quite a liberating experience for females of all ages who proved to the world that Pakistan is not a country that imprisons it’s women and sky is the limit for all individuals in our nation, regardless of their gender. 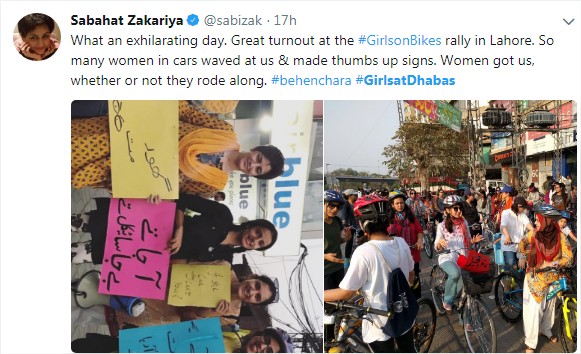 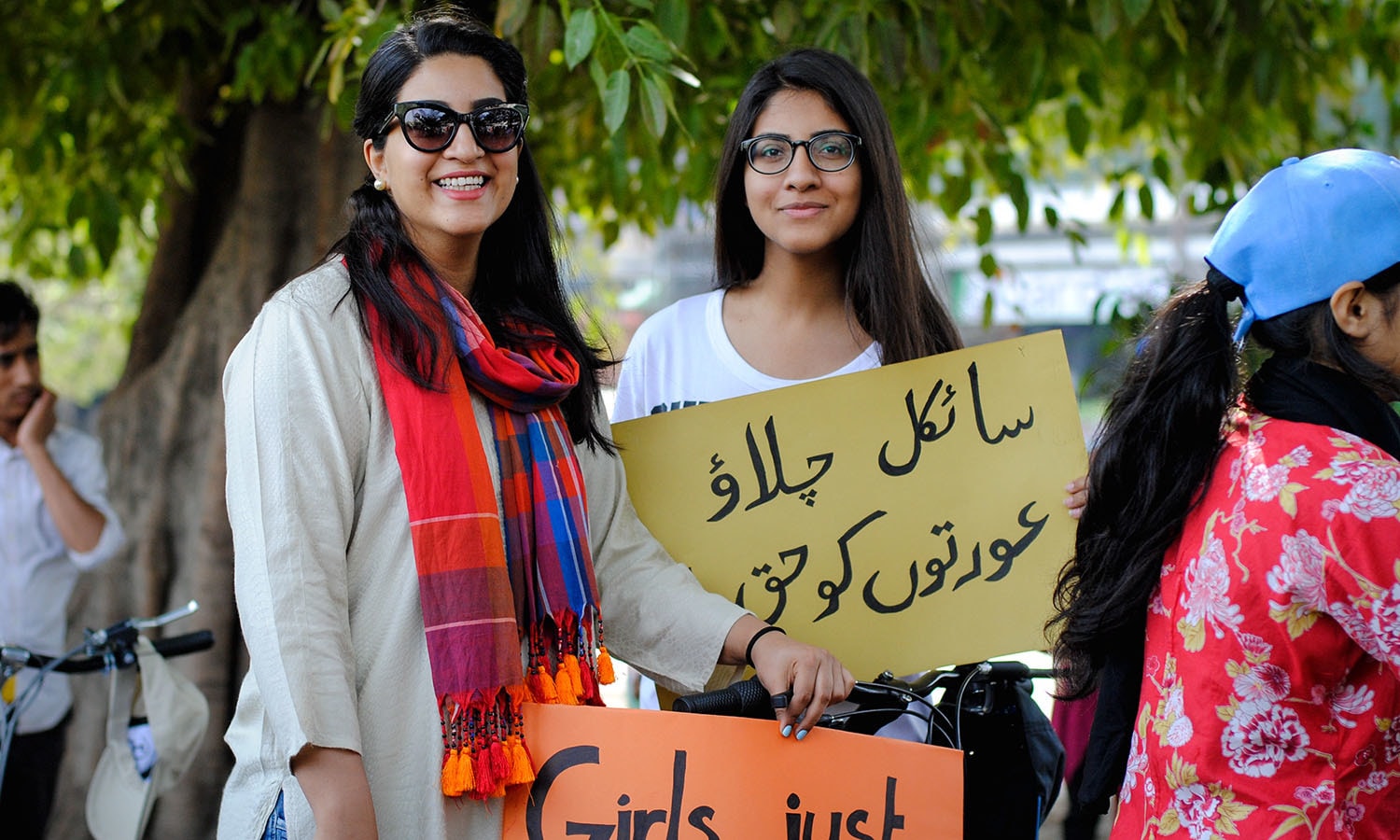 Similar rallies were held concurrently in Lahore and Islamabad. Another purpose for holding this rally was to unite females with the belief that empowered women empower women and if women come together they can battle against all erroneous preconceived notions about females.

Geo TV wishes more events like these to happen because we firmly believe that women should be given a safer space to use their potential and bloom into the productive flowers of tomorrow!