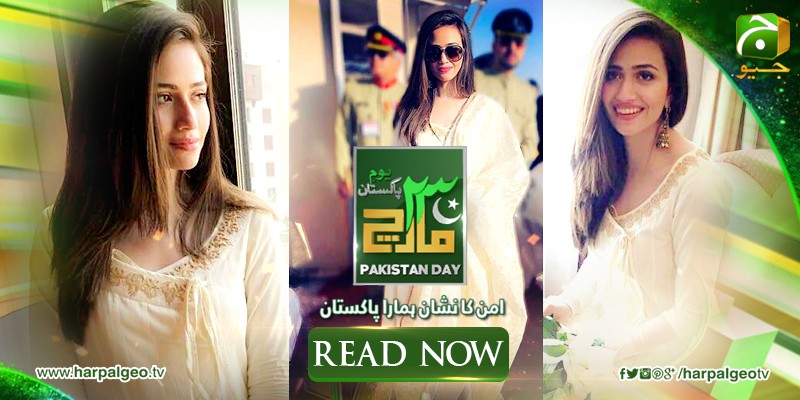 The 78th Pakistan Day was commemorated with an awe-inspiring parade in the capital, Islamabad.  Neelum Muneer, Adnan Siddiqui, Rahat Fateh Ali Khan, Sahir Ali Bagga and many more renowned gems from the entertainment world made their appearance for this special PARADE on the auspicious day of March 23, also known as the Pakistan Resolution Day and they all thoroughly relished the military prowess. 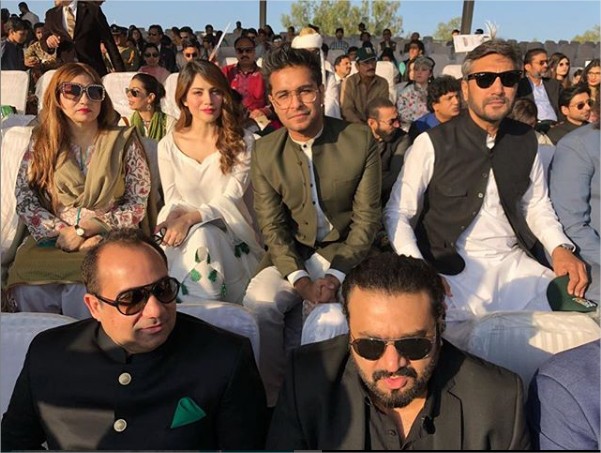 The highest distinguished awards for civilians were given out in the event .The honorable Late Asma Jahangir was bestowed with the Nishan-I-Imtiaz while legends like Amjad Sabri, Junaid Jamshed, Shahid Afridi, Khalid Anum and Misbah-ul-haq were all honored with Sitar-I-Imtiaz! 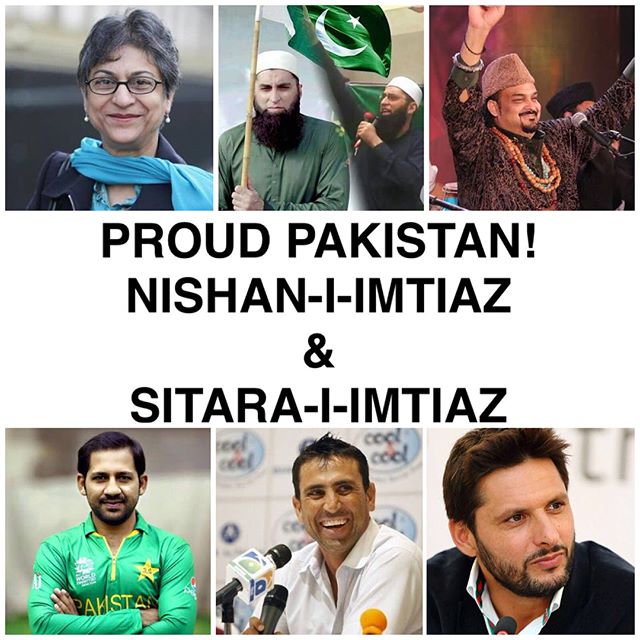 Cricket legend, Sarfaraz Ahmed, became the youngest cricketer to have bagged the Sitar-e-Imtiaz . The award being the third highest civil award was quite an achievement! Khaani’s stunning lead actress, Sana Javed stole the thunder by gracing us with her presence, donning a traditional eastern ivory ensemble and we are  loving all her clicks on social media! 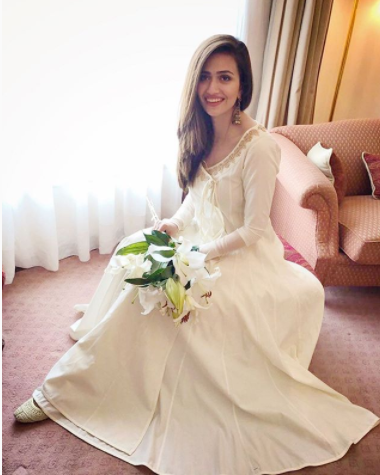 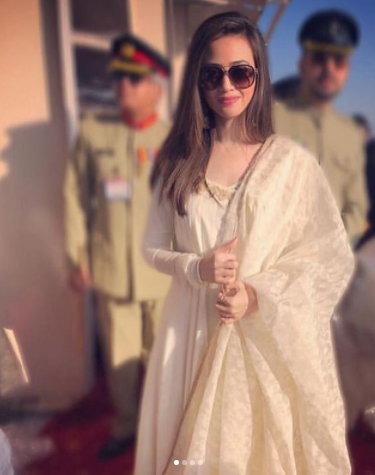 She bonded well with prominent personalities who have contributed remarkably towards different fields for the country’s progress. We simply adore her selfie with Muniba Mazari enjoying the breath-taking maneuvers of the fighter jets’ fly past with the high spirited audience. The queen of elegance added more spirit, zeal and vigor to the event with her liveliness. 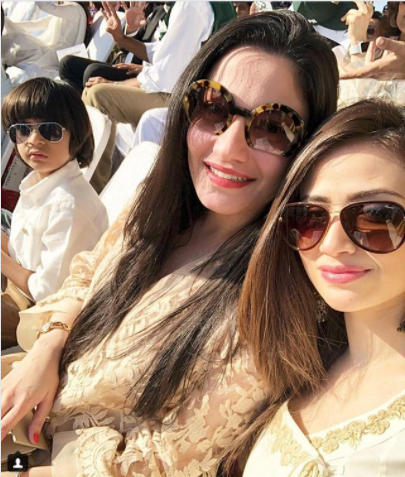 Lollywood’s most beloved couple, Urwa Hocane and Farhan Saeed  were also present to celebrate the spirit of the nation with full zest and enthusiasm. 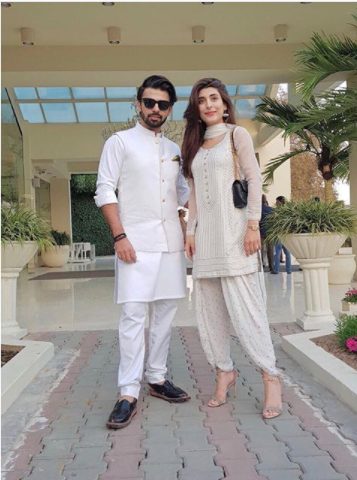 Pakistan day was also memorialized through national songs, and beautifully represented traditional themes in Geo Subah Pakistan . Celebrity guests like Aijaz Aslam, Sunita Marshall, Maham Amir and Faizan Sheikh had a blast in relishing country hood with our vibrant host Shaista Lodhi. We hope your Pakistan Day celebrations were as LIT as ours! Keep following us for more insights on the activities of YOUR favorite Geo TV stars! J