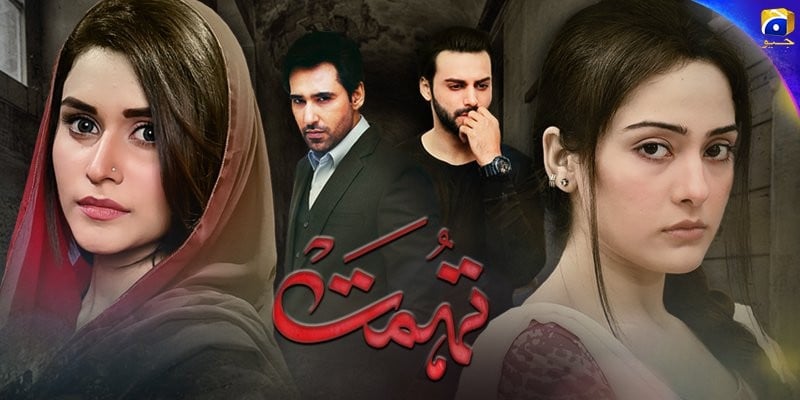 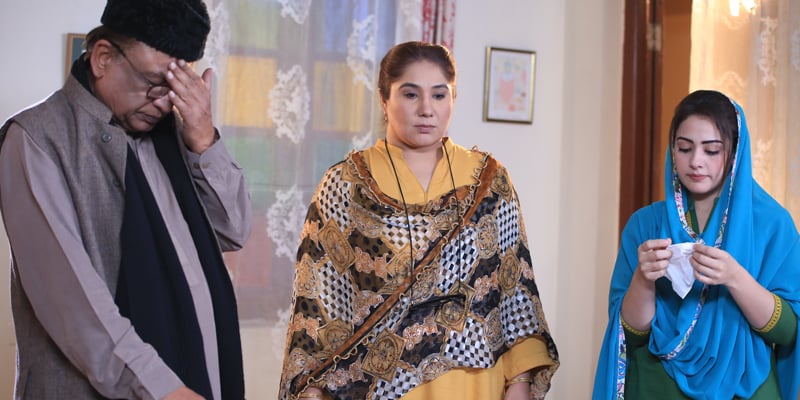 Hi Fans! Geo TV brings yet another social issue based play with the title "TOHMAT". A negative label in our society that no woman wants to be victim of it in any circumstances. It is truly said: "False accusations destroy relationships"… The latest offering "Tohmat" is a story of two sisters Naila and Aila. Naila loves a guy with her heart and soul but she is engaged with her cousin. She goes against the will of her family and commits the court marriage. She wasn’t fully aware the consequences of it and series of misfortunes have started following her family. Her bold step made her parents to disown their daughter and also forcefully tie the knot of younger daughter to the person of their choice. Aila pays the price of elder sister’s selfish decision in a worst possible way. 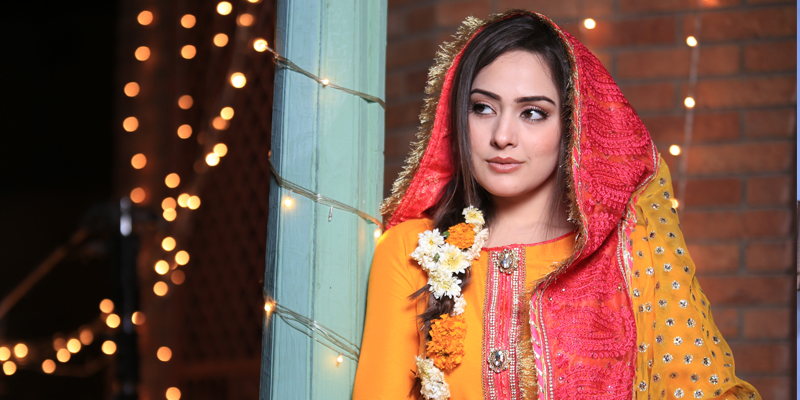 An emerging actress Nausheen Ebrahim is playing the character of Aila and Momina Khan will be seen as Naila. This play is a mix of new talents in showbiz industry and few veteran actors in prominent roles.

"Tohmat" will hit your screen tonight at 7:00 PM only on your favorite entertainment channel, GEO TV