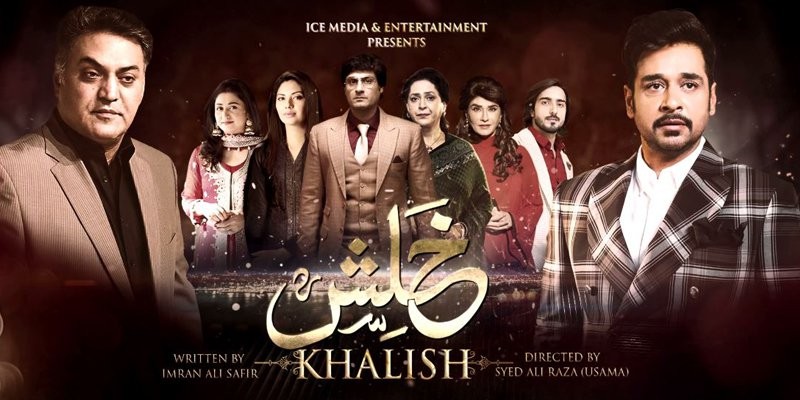 Hello Geo TV Viewers! What’s up? We have jaw-dropping news for all the Faysal Qureshi fans that he has once again made a comeback on Geo Television along with veteran actors, Asif Raza Mir and Tanveer Jamal.  His latest offering is "Khalish", a heart-wrenching tale of an abandoned son, whose business tycoon father left him along with his mother for a miserable life and harsh social judgments.

Dramaphiles will witness Pakistan entertainment industry’s topnotch cast in Geo TV’s Khalish like; Faysal Qureshi, Asif Raza Mir, Tanveer Jamal, Sunita Marshal, Zainab Qayyom and many more in prominent roles.  Drama serial "Khalish" covers the social issue of giving up on wives owing to differences in financial status. We tend to get pressurize by social norms when it comes to standing up someone we love. Altamash Behram (Asif Raza Mir) loves Mumtaz (Zainab Qayyom) but his parents never accepted her, he even married her but failed to provide her the status she deserved.

We are pretty sure; Khalish will presents to you mature performances, intense scenes, high-budgeted production and visionary direction. Overall it’s a loud, emotional drama set on the theme of revenge. It is directed by renowned director Syed Ali Raza (Usama) and written by playwright, Imran Ali Safir.

Khalish is produced by Ice Media Entertainment and will broadcast from tomorrow with a MEGA EPISODE at 8:00 PM to 10:00 PM only on your favorite entertainment channel, Geo TV. Stay Connected!