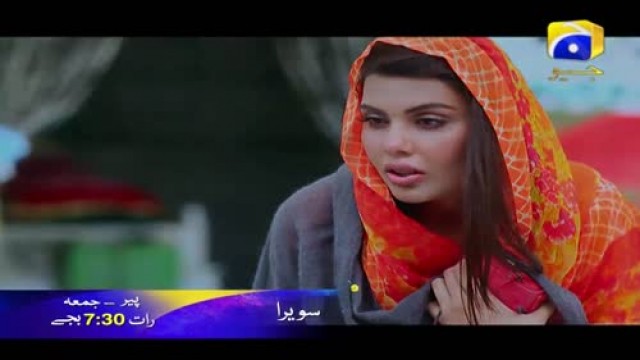 #Sawera – Episode 111 & 112 Promo | Har Pal GeornrnThis Drama is the story of a woman, who is a dedicated housewife and apple of everyone’s eye in her in-laws. She is a sincere, helping and high reputation daughter-in-law, and number of time receives appreciation for her devotion. When Sawera’s life is going on a right track, fate has something else in store for her. Sawera misery starts when her step brother meets with her sister-in-law through her. He often calls her, teases her and throws inappropriate clues towards her. Meanwhile Sawera’s sister-in-law receives an amazing marriage proposal from a rich and sophisticated family. Everyone was really happy including Sawera as she made lots of efforts for this proposal and they all were busy with arrangements and preparation for wedding ceremony.rnA misfortune event happens in the form of Sawera’s sister-in-law kidnapping, and her in-laws accuses that she is responsible for this kidnapping as her stepbrother visits them just because of Sawera. Her yearly dedication, loyalty and reputation have been damaged within twinkle of an eye. Now Sawera’s life becomes second name of sufferings and troubles. One after another she faces series of misfortune incidents in her life. Sawera who were trying to make other people’s life comfortable is now herself living a sorrowful life.rnWritten by: Muhammad Musawir KhanrnDirected by: Aqeel Saeed TashirnProduced by: Babar JavedrnCast : Fawad Jalal, Sohail Asghar, Kainat Chohan,Saqlain,Kazim Raza Isphahani,Nadia Kanwal (nick Sana Pervez),Wahaj Ali,Ghana Tahir,Naveed Raza,Mahum Jaweedrn#HARPALGEOrn#GEOrn#SAWERADRAMA