An interview with playwright duo behind Geo TV’s "HEER" 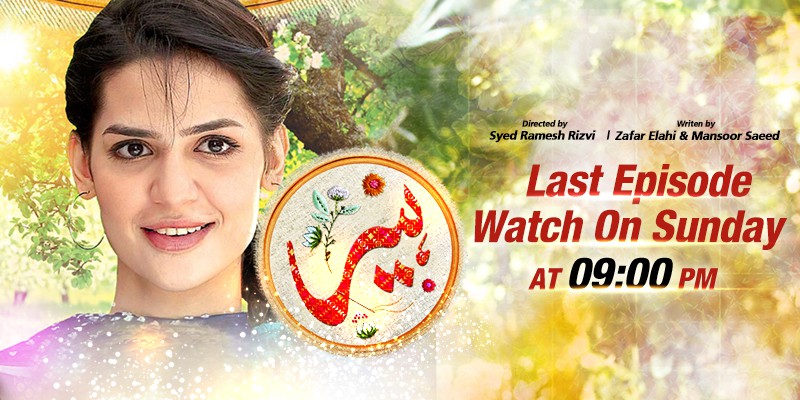 Heer, an inspirational drama serial based on the theme of "women empowerment" is already reached to its climax episode. Geo TV’s Social Media arranged an interview of courageous playwright duo of ‘Heer’ who chose awareness creating subject for television audience.

Q: What is your inspiration behind Heer?

A: We wanted to show a girl who is not educated but still know how to make right decision at the right time. She believes in herself and also teaches other village girls to not get dependent on others, believes on a women should not be treated like the way they are treated.Heer also have confidence on a women that can go out and work like men, there should be no discrimination.

Q: How much difficult you find to talk about women empowerment our society?

A: It was difficult yet challenging for all of us. Showing a progressive woman on TVis not that easy.Keeping in minds that a granted formula roti dhoti aurat always works,made us puzzled several times, but luckily we did it and in response got appreciable remarks.  We really like to thank Syed Mohammad Ahmed Sahab for giving us such plot and of course nothing would have been possible if Geo TV didn’t keep faith on us. At the end of the day we came to the point where everyone realized that people love to see a progressive woman on screen.

Q: Do you think "Madiha Imam" did justice with lead role of ‘HEER’?

A:We knew Madiha Imam will act as "HEER" since we started writing this project, but we had no idea that she will perform this character this good. She was completely in character throughout the serial and not only HEER but Ibrahim, Naureen, Aabis, Mehrma, Dadi, Masood, Gaiti, Hasan, Mehrunisa, Bilquees, Payjee, Chacha, Chachi were also too good. We thanks everyone for contributing their best.

Q: How’s the audience response for your debut play?

Answer of ZafarElahi: It was really amazing… they enjoyed every situation and character and I am really thankful to all actors.

Answer of Mansoor Saeed: Although, for me it wasn’t my debut but yes, the response personally I received for HEER surprised me. I love to observe that people watch, appreciate or criticize my play.This shows that my play is watchable and has some point to address viewers.

Q: Are you working on any upcoming projects for Geo TV?

Answer of Zafar Elahi: Yes, am writing another serial for Geo TV with a positive hope that viewers definitely like my next project as well similarly they did for HEER.

Answer of Mansoor Saeed:  Yes, am too writing a serial and after this over-whelmed response of HEER, I love to write more for viewers of Geo TV.

Q: Last words for your fans?

A:We both thankful with bottom of our hearts to people who watched HEER till now and still waiting to watch its last episode on Sunday at 9 PM. We are expecting to hear viewers’ feedback. Our only purpose to write is to entertain people and to let them educate by portraying issues that are either on level of ignorance or just tried to keep this dark side secret. But after what we learned from HEER will not ends here. Thank you once again.

Fans! Don’t forget to watch LAST EPISODE of HEER… this Sunday 10th April at 9PM. Only on Geo TV!