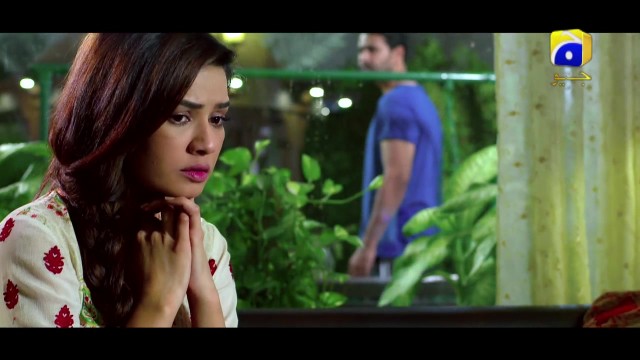 Khaali Haath – Episode #EPS | Har Pal Geornrn#KHAALIHAATH highlights the sensitivity and closeness in brother-in-law and sister-in-law’s relationship. The frankness and intermingling in such kind of associations are quite acceptable in our society. But sometime such kind of propinquity leads to misunderstanding and unethical hankering.rnThis play revolves around Mashal (Aiman), who is gifted beautiful, sensible and high-spirited girl. Her elder sister Sobia (Kiran Haq) receives marriage proposal from Basil’s (Ali Abbas) family. Mashal was out of town at the moments of commitment session. Basil sees his sister-in-law first time on the occasion of engagement ceremony and caught in love at first sight. He develops ultimate desire to attain Mashal by hook or by crook. Despite being her brother-in-law, he usually throws clues and indication that he is interested in her. Mashal finds herself in a miserable situation due to frequent harassment attempts from Basil.rnMeanwhile Mashal also receives marriage proposal from Haisam (Shehzad Sheikh) and Basil starts plotting diabolic schemes against this union.rnWill Mashal ever get enough encouragement to unmask real face of Basil in front of everyone?rnCast: Kiran Haq, Shahzad Sheikh, Aimen, Ali Abbas, Rabia Noureen, Faria Sheikh, Nida Mumtaz, Hashim Butt, Mubasira Khan, Arslan RajarnWritten by: Seema MunafrnDirected by: Wajahat HussainrnProduced by: Abdullah Kadwani & Asad QureshirnrnWatch More Episodes of Khaali Haath Subscribe https://www.youtube.com/harpalgeornrn#HARPALGEOrn

Is Sardar Saif going to survive the attack?

Drama serial Muqaddar has reached a climax, with Sardar Saif fighting for his life in the hospital...

How long will Tehmina Begum conspire against Umeed?

Umeed’s marriage to Rameez seemed as if all the worries in her life would come to a halt but one...

Will Shahjahan accept his marriage with Ayat wholeheartedly?

A storm is brewing in Ayat’s married life and she is far from admitting that she’s also the...

SHOULD ASIM LET GO OF HIS RESENTMENT TOWARDS MALIKA?