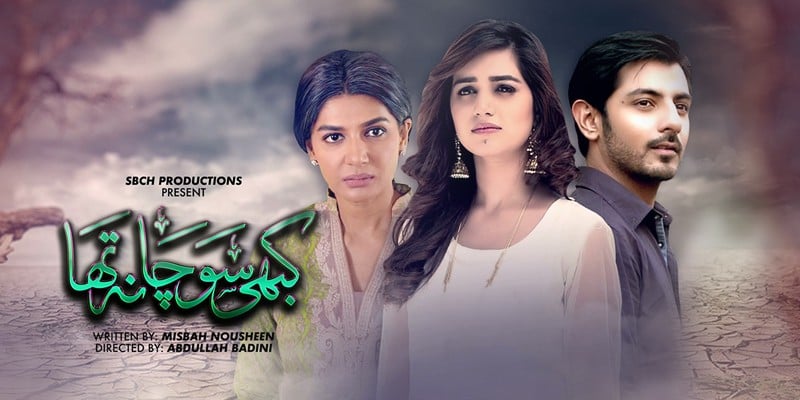 The above dialogue is clearly portraying Skeptical nature of Sara; a central character in Geo TV’s newly launched play, Kabhi Socha Na Tha. Proficient actress Iffet Umar has played this idiosyncratic role and she has literally delivered some marvelous expressions.  Geo TV viewers will see Babar Ali and Iffet Umar together for the first time in a serial as husband and wife. Their relationship is always on edge because of Sara’s doubting habit.

IT IS TRULY SAID:

"There is nothing more dreadful than the habit of doubt. Doubt separates people. It is a poison that disintegrates friendships and breaks up pleasant relations. It is a thorn that irritates and hurts; it is a sword that kills."

Playwright Misbah Nosheen has written typical mentality of an insecure woman, who can go any level for her own creating scenarios, possessiveness and doubts. Abdullah Badini has converted this complicated script into worth watching reel product with his visionary direction experience.