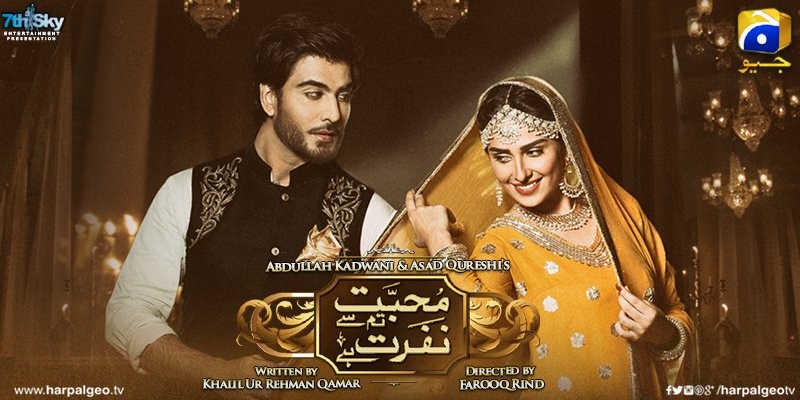 Pakistan showbiz industry’s heart-throb Imran Abbas and the most beautiful face Ayeza Khan are appearing together in Geo TV’s latest offering, Mohabbat Tum Se Nafrat Hai. It seems like this play is going to be the second name of "perfection" in every aspect as legendary playwright Khalil-Ur-Rehman Qamar has penned down the serial and ace director Farooq Rind showed his visionary magic from director’s chair.

For Geo Television’s screen, this is the first time that award-winning actress Ayeza Khan and dapper Imran Abbas are appearing as a couple. After getting married with Danish Taimoor, this is Ayeza Khan’s comeback serial for Geo TV as she last time appeared in "Bikhra Mera Naseeb". Imran Abbas’s signature drama serial "Khuda Aur Mohabbat" which is already shaken ratings meter and hooked the audience from the very first episode, now looks like this upcoming project which is based on unusual love story has all the elements to grab mega eyeballs.

Mohabbat Tum Se Nafrat Hai is a 7th Sky Entertainment production that has already given us blockbuster serials like "Meri Zaat Zarra e Benishan" and "Noor-e-Zindagi". 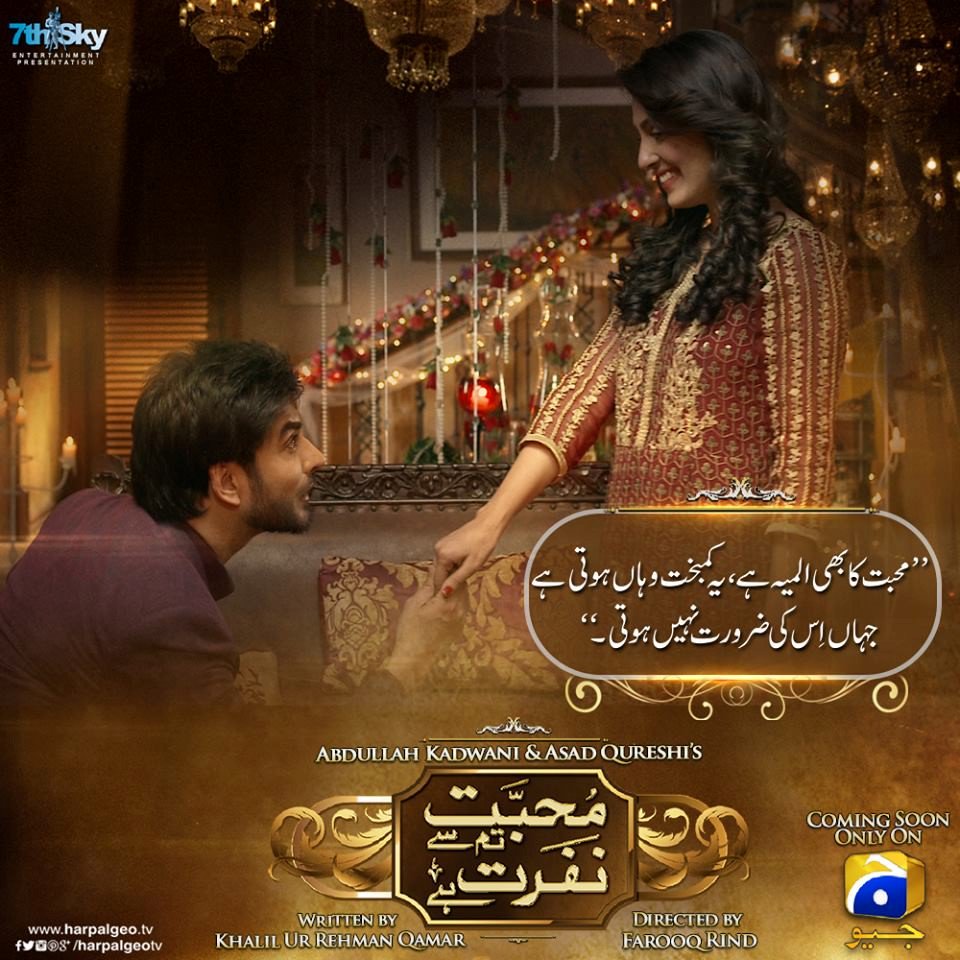 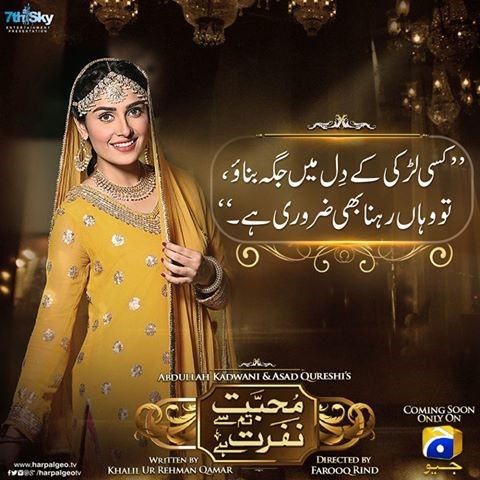 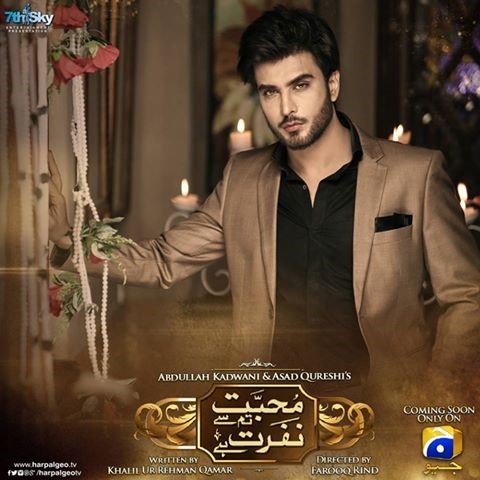