IS KHAN, JAMEEL’S MURDERER? OR DID JAMEEL REALLY COMMITTED ‘’SUICIDE’’? 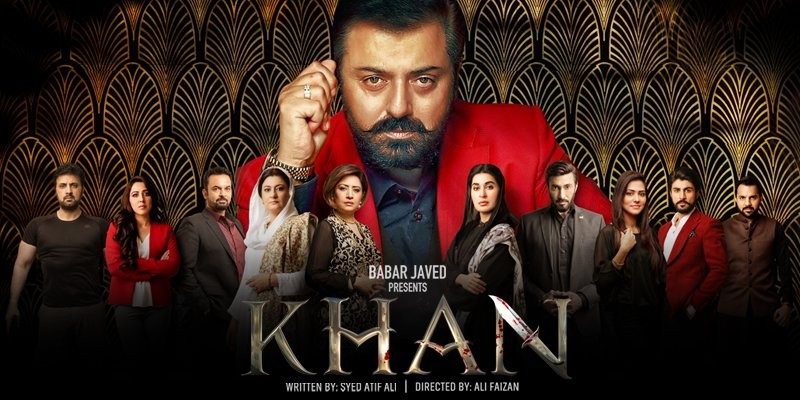 "Mohabbat ki bhi toh koi zubaan nahi hoti’’, this was the ultimate statement that gripped me from the previous episode of KHAN aired on last Sunday. Jameel indirectly spoke these words to prove his point and stir anxiety within KHAN and Sarwat, amongst the discussion between Sarwat, Jameel, KHAN and Shabanna.

Jameel was constantly insinuating the love affair KHAN had with Sarwat several years ago. Although nothing was said openly, it was continuously being implied. Even in the following scene at dinner table, the love triangle is at its conversational peak, using concealed sentences. But their metaphorical conversations are constantly attempting to taunt one another with counter-responses.

But the most interesting dialogue was the one exchanged between KHAN and Jameel, where Jameel asked KHAN a quite interesting question, "Koi shaks apni mohabbat ki izzat ko pamaal kar sakta hai’’.

This was terribly perplexing for Jameel to understand or ‘decode’. Jameel is still under the impression that Sarwat’s honor was stolen by KHAN.

When KHAN returned home, he appeared to be lost in his spiral of thoughts. He was encountering flashbacks from his past. The flashback moments were rather strange and vague. A man was being forced to take the blame of a crime that had been committed by someone else and he was the one who went to jail. It was utterly confused as to what was happening, till much more was revealed later in the episode.

On the other hand, Shabana is extremely unhappy with Rahat living in the house. She is propelling KHAN to provide Rahat and her children with a separate house. KHAN doesn’t entirely seem to be agree, he is attempting to defend is beloved sister and asks Shabana to "ignore’’ Rahat’s behaviors.  But when she pesters him too much, he claims to do as she says.

In the other side of time, Jameel and Sarwat are having their little moment. By far the most interesting scene of the episode. Sarwat is unable to sleep, Jameel grabs her by the arm and claims to know the reason behind her sleepless night. It is later revealed, in yet another flashback scene that Sarwat was raped by someone else, and KHAN had taken the blame for it. But he was in fact the love of her life.

Jameel is furious. He is disgusted with the idea of Sarwat and KHAN. She is the victim and pleads whilst trying to explain to Jameel that she is not at fault. But he is too clouded by his anger to listen to what she is saying. To be honest, the scene was quite an emotional trigger. One would deeply empathize with Sarwat.  Unfortunately her own husband, her beloved, was unable to do so.

Jameel feels demeaned and belittled. His ego is massively hurt, well, no surprise there.  He is the quintessential feudal man after all.  His wife is his "Izzat’’. And apparently, her past can’t be forgiven either.  He deems this to be a betrayal and now he is even more hateful of KHAN.

In the last scene, Jameel calls for an urgent meeting. "Bas yuun samjho, uss ka khel khatam’’, says Jameel. He is heading towards the Chief Minister’s office. Moving towards the end, Sarwat received a phone call, after receiving which she gets unconscious. It was later revealed that Jameel has passed away, but this was a true shocker when KHAN received a call and was told Jameel has committed "suicide’’.

Could that be true? Can’t wait to watch the next episode of KHAN on Sunday at 8:00PM only on GEO TV.