GEO TELEVISION PRESENTS MANCHAHI - THE STORY OF AN ENTANGLED GIRL 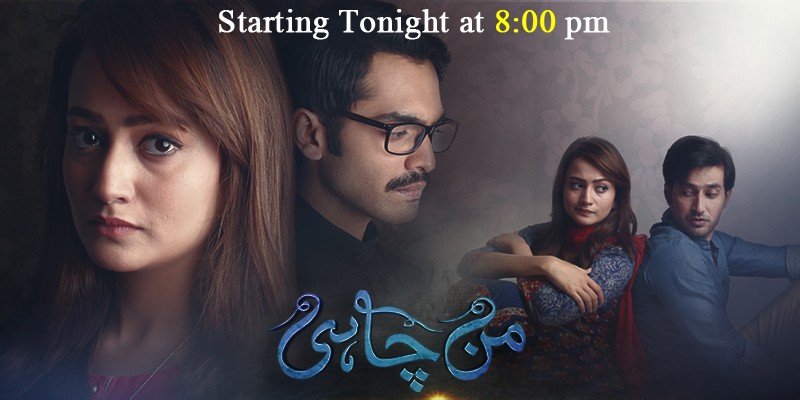 Hello Geo TV Fans! What’s up with you? Your favorite entertainment channel brings yet another heart-wrenching drama serial with the title "Manchahi".  This play revolves around the leading character Momina, who used to live an opulent lifestyle with her parents but after their demise in an accident her life takes a miserable turn towards darkness and infinite number of crises. Not only this, poor Momina has to look after her newly born sister as well.

The playwright behind Geo TV’s most successful and remarkable dramas like Kaash Mai Teri Beti Na Hoti, Mi Raqsam, Mann Kay Moti, Dou Qadam Dur Thay none other than Kifayat Rodani has penned down the bitter reality based play, Manchahi.

He told us about his latest offering "Manchahi" in these words:

No doubt girls are sensitive creature; even small amount of affliction in life cracks them like a fragile glass. And when the shelter of parents is no more than their survival in a society like Pakistan is quite difficult.

Renowned director, Nadeem Siddiqui has directed the social and romantic theme based play, Manchahi. It seems like only he can do justice with the script of Manchahi.

Now let’s talk about the cast of play:

Fans! Drama serial "Manchahi" will hit your screen tonight at 8:00 PM only on Geo Television. Keep your tissue paper box nearer, the heart-wrenching story of Manchahi will make emotional and teary!