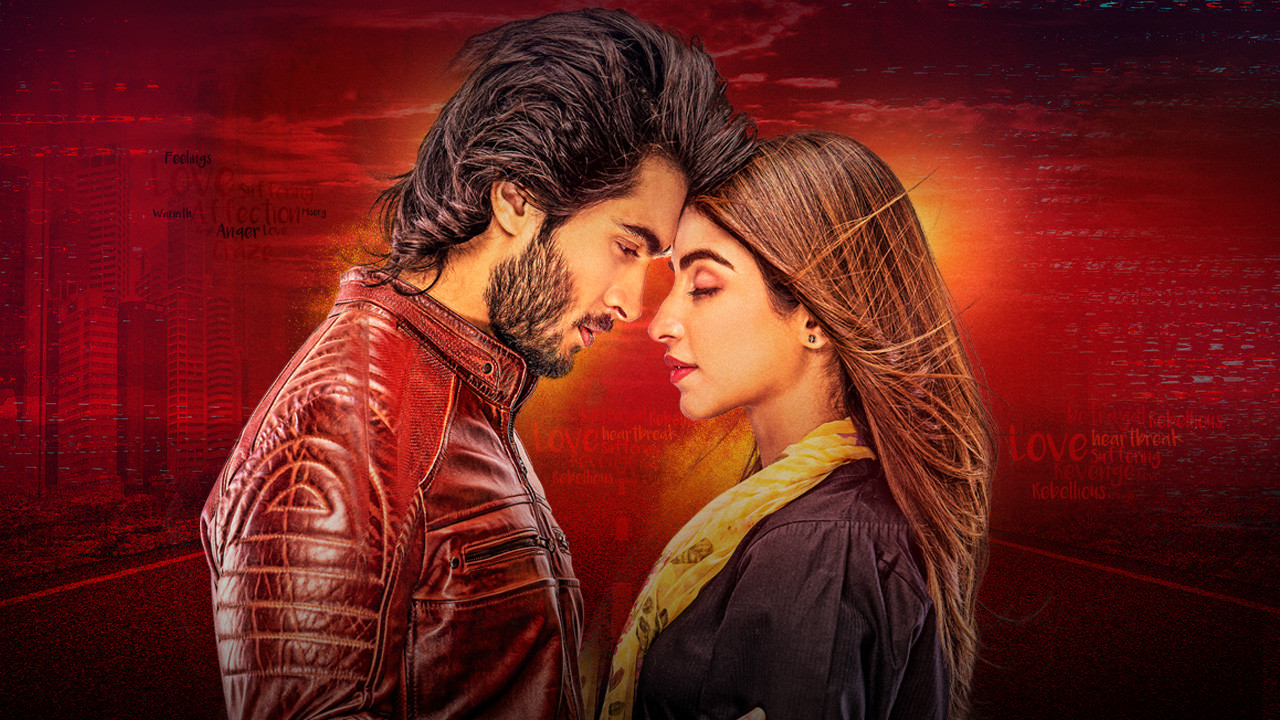 Geo Entertainment is marking its first release of the year with an exciting new telefilm Ruposh, starring Haroon Kadwani and Kinza Hashmi.

The teasers hint at a tale of young love and startling passion, making fans speak fondly of Haroon’s acting skills and charisma. The lead couple has also created a buzz on social media platforms with their onscreen chemistry determined from the official teasers.

Penned by Nooran Makhdoom, the story captures the agonizing pain in love, especially circumstances where past traumatic family experiences lead to sorrow and grief.

Ruposh promises to be an impressive sight, given Ali Faizan’s directorial prowess. The male lead Haroon Kadwani recently gave a glimpse of some behind-the-scene moments from the sets of Ruposh in an Instagram post.

Two original soundtracks in the voice of Wajhi Farooki have already made it worth waiting as the telefilm is set to premiere on Friday, 7th January, 2022 at 8:00 p.m. The official OST of Ruposh alone has bagged over 6 million views on YouTube since its release last month.

Fans have been singing praises of Wajhi Farooki for his unmatchable vocals. A glimpse from the making of the soundtrack was also unveiled shortly after on the social media platforms of Geo Entertainment.

Ruposh is a presentation of the country’s leading production house 7th Sky Entertainment spearheaded by the dynamic duo Abdullah Kadwani and Asad Qureshi. It is the second time Kinza Hashmi is sharing the screen with Haroon Kadwani as they previously appeared in Mohabbat Tumse Nafrat Hai together.