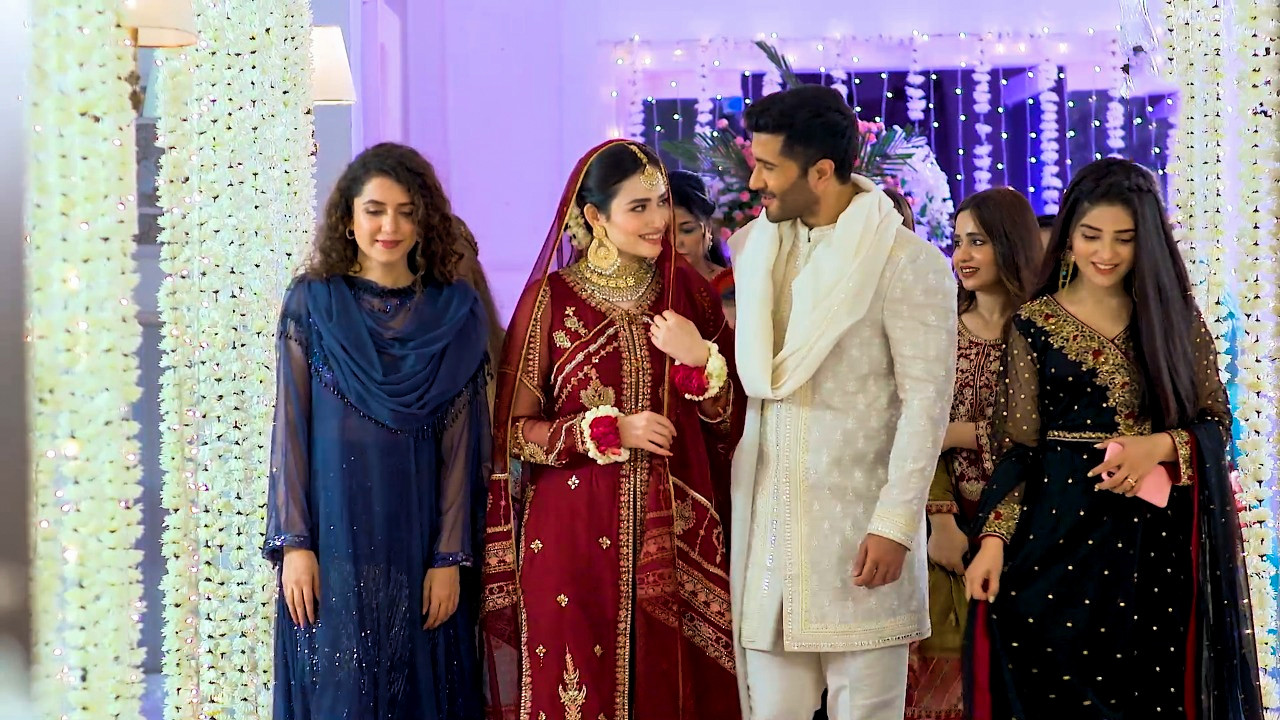 Drama serial Aye Musht-e-Khaak began last month with talks for Dua’s marriage with Mustajab. Although Dua showed reluctance in accepting the proposal, Mustajab managed to convince her for marriage regardless.

However, love is only half the battle in this drama serial. With no mutual interests and visible incompatibility, Dua could sense that this match-making is only going to make their life difficult.

Starring Feroze Khan as the lead male character, Mustajab is portrayed as someone who is not accustomed to refusal and has a go-getter attitude. And then his lack of belief in fate was already a dealbreaker to Dua, who happens to be a devoted worshipper. Yet, Mustajab manages to rush her family into tying the knot and making Dua move in with him.

The recent episode came with moments of jollity and contentment for Dua and Mustajab’s families as wedding festivities kicked off, but teasers have hinted at many challenges for Dua who is now stuck in a web of lies Mustajab created to win her companionship.

It is apparent that Mustajab will forget to distinguish between love and stubbornness and possibly weaken his bond with Dua.

Aye Musht-e-Khaak airs every Monday and Tuesday at 8:00 p.m.