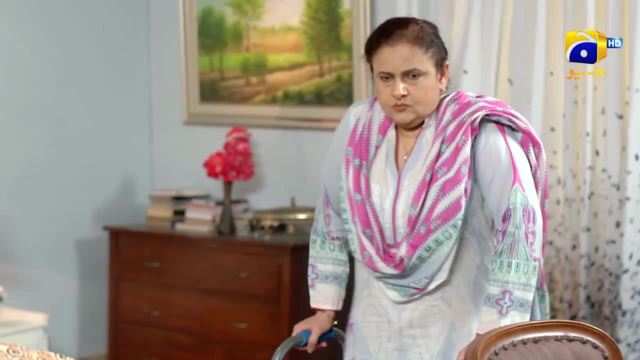 Banno - Episode 103 - 26th December 2021 - HAR PAL GEO https://bit.ly/30JSSPr Did you know Har Pal Geo is now in the US? Subscribe and hit the bell icon to catch Top Pakistani Dramas and satisfy all your entertainment needs Banno narrates a heartwrenching love story entangled in between familial ties that require sacrifice and compromise at every step of life. After the death of her parents, Beena has been brought up by her uncle's family since childhood. Beena is a young and kind-hearted girl who tries to maintain peace with everyone in the family however her aunt's constant abuses and rude behaviour makes life difficult for her. On the other hand, Beena's cousin Saniya share a beautiful bond of friendship, love and respect with her. Saniya and Beena's life takes an unfortunate turn when Saniya's cousin Azlan instantly falls in love with Beena. Despite Azlan and Beena's mutual interest in each other, Saniya’s intrusion and love for Azlan begins to nurture feelings of hatred, revenge and resentment between the two cousins. The ever forgiving and compromising nature of Beena stops her from making any further advances towards Azlan. However, Saniya and her mother refuse to forgive Beena and become envious of her.. Beena’s life takes a new course when Nihal, a young and handsome man from an affluent family falls in love with her at first sight. With family tensions already rising, will Nihal act as a saviour or will he be yet another test for Beena? Will Beena be able to save herself from constant humiliation and taunts hurled by Saniya and her mother? In a world devoid of trust and loyalty, will Beena be able to find a perfect ending to her story? Will Saniya ever realize her mistakes and be able to redeem her bond with Beena? Writer: Tahir Nazir & Athar Ansari Director: Ali Akbar Producers: Abdullah Kadwani & Asad Qureshi Production House: 7th Sky Entertainment Cast : FURQAN QURESHI as AZLAN FARHAN MALHI as NIHAL NIMRA KHAN as BEENA NAWAL SAEED as SANIA MARYAM NOOR as RAMSHA SEEMI PASHA as RIFAT RABIA NAUREEN as ARFAH HASHIM BUTT as KARIM SHAJEER UDDIN as SHAHERYAR AYESHA GULL as SAJDA HUMERA BANO as MIDHAT MEHMOOD JAFFERY as LAWYER YASIR ALAM as AMAN TALIA JAN as ABIHA SABA as MAID #BannoEP103 #HARPALGEO #Entertainment