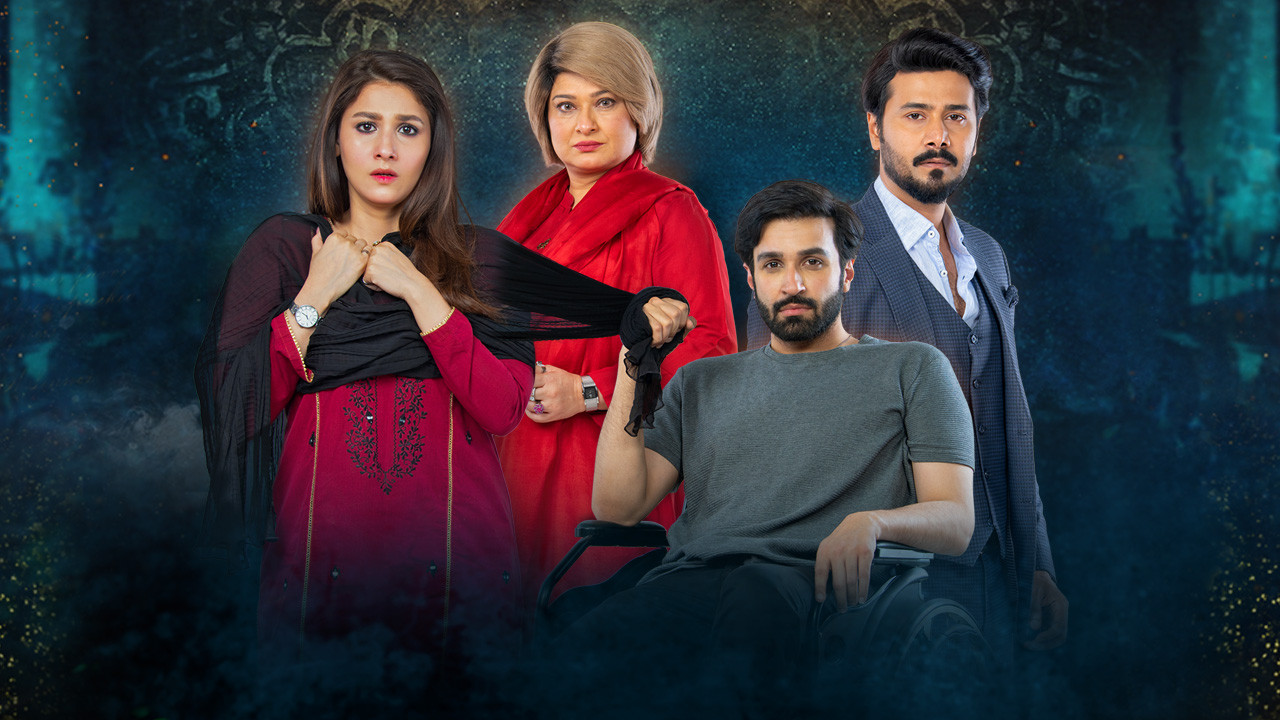 Another 7th Sky Entertainment project is coming to an end this week after a suspenseful finale of Mohabbat Chor Di Maine that aired last night. Now with the last episode of Dour slated to air tonight, the mystery plot is yet to reveal the outcome of its antagonists’ power play.

Starring Sania Saeed as an influential businesswoman with an intimidating avatar in the drama serial, it was recently revealed that the antagonist, Mrs. Ehtisham, was once a humble woman who was taken advantage of by her own sister.

However, Mrs. Ehtisham had managed to seek vengeance decades ago when she plotted her sister’s murder and impersonated her for the rest of her life. Her dark past prompted her to create a web of lies and deceit for her nephew, Romaan (Ali Abbas), as she not only took over his parents’ assets but also made a mockery of his married life with Asma (Hina Altaf). Had she not resorted to her own son’s obnoxious demands, she wouldn’t have had such a decline.

Dour’s finale is yet to disclose Romaan’s reaction to finding about his aunts’ conspiracies and the teaser of the upcoming 41st episode has also hinted at a miracle in Abaan’s life who had been an evil imposter throughout the drama serial. It is yet to be seen if the circumstances will bring Asma and Romaan back to each other after the brutalities Asma had to face due to Abaan’s obsession over her.

Dour’s last episode will air on Tuesday (tonight) at 8:00 p.m. on Geo Entertainment.